Seven questions with ... Allister Thompson from The Gateless Gate and Make Your Own Taste 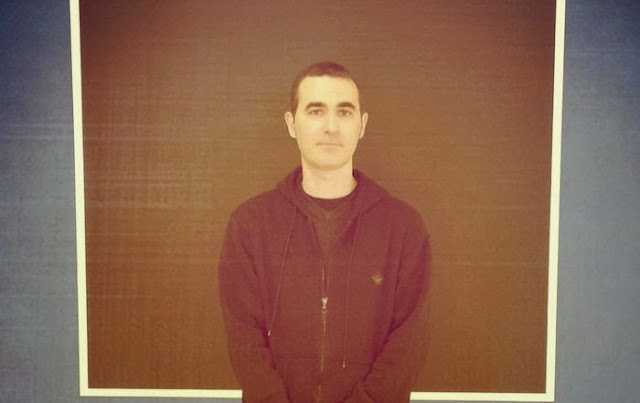 I am proud to be part of a community of creatives who create content and support each other in their endeavours. Allister Thompson from Make Your Own Taste has been wonderfully supportive of my netlabel - weareallghosts - and I, in turn, have been very impressed by his Gateless Gate project.

I was delighted when Thompson responded to a recent request for creatives to answer my wee blog interview. This is what he had to say:

1) Who are you and what do you do?
Allister Thompson from Toronto, Canada. I make music as The Gateless Gate (www.thegatelessgate.net) and write about music as Make Your Own Taste (www.makeyourowntaste.wordpress.com). By day I edit books, mainly fiction. I was a solo musical act, but I sometimes now have a piano-playing partner.


2) What are you working on at the moment?
Three releases:
A lengthy ambient concept album about Siberia (just finished and hoping to put out soon, possibly even with a label if I can strong-arm one). It evokes the landscapes of this giant, remote place, hopefully.
An EP based around a cover version of a song by Australian psych band The Church.
And an archival release of progressive rock songs I recorded under my own name when I was younger.  I also squirrel away at that blog, where I review and blab about whatever music tickles my fancy.


3) Who inspires you?
Mainly my spouse, which sounds cheesy, but I aspire to be as nice and patient overall as her. Oh, and Mum.

- Name an artist who has inspired you.
Florian Fricke of Popol Vuh. He made beautiful secular spiritual music that uplifts the soul. I listen to Popol Vuh every few days at least. Tied with Steve Kilbey of the aforementioned Church. Still making groovy, interesting music after decades of greatness. We should all be so fortunate.

- Name a place that has inspired you.
A place I’ve never been: Central Asia. There’s just something so wild and mysterious about those crazy extreme landscapes and the history and the remoteness. I’d give up a important organ to go there. It even inspired my first pseudo-ambient album, Xinjiang.

- Name some "thing" that has inspired you.
Zen Buddhism. I wouldn’t describe myself as a dedicated “seeker” per se, but I think a lot (a lot!) and read a lot, and when I started reading intensively about Zen, it seemed to confirm most of what I already intuitively felt about reality and the meaning of our lives. Since then I’ve been a practitioner as devotedly as I can be.


4) What drives you to do what you do?
The music is about just creating as much beauty as possible before I expire, and there’s nothing like finishing a piece, sitting back and realizing ‘Hey, I made that!’ Also, it’s true that you make the music you want to hear. I think of a kind of album that would be cool to me, then I go make it! If no one agrees or listens, so be it.

I write because there are so many deserving musicians who need a leg up. The online music world is now very crowded, as I’ve discovered when trying to promote my own work, and it’s very hard to get coverage. I’d like to think I help a little in that regard via the blog. Most musicians are very grateful for my efforts, except for the fairly successful ones, who usually ignore them.


5) What values do you wish your creativity to express?
The beauty, tragedy, preciousness, and mystery of existence as a sentient being on this weird planet! Also that the mellotron is humanity’s greatest invention, after pizza.


6) What role does community play in what you do?
It didn’t play any role until I started the blog and started conversing with other writers and musicians, via Twitter, mainly. Before that I was a lone wolf with (lack of) success to match… While it sometimes depresses me to see how many talented people are trying to get their music heard and not having much success, it heartens me that a lot of us out there are supporting each other.


7) What is next for what you do?
Well, I wouldn’t mind a label for that Siberia-themed album! It’s pretty good, folks. But after clearing my decks, the next big things are my first album in years of songs with lyrics, which my wife and I will co-write. Sort of ambient pop. And my sister plays the harp well, so a harp-based ambient album is in the works. Then I may just implode.

I've embedded his Gateless Gates albums below for your listening pleasure ... please support him as best you can: