Because of Winn Dixie... 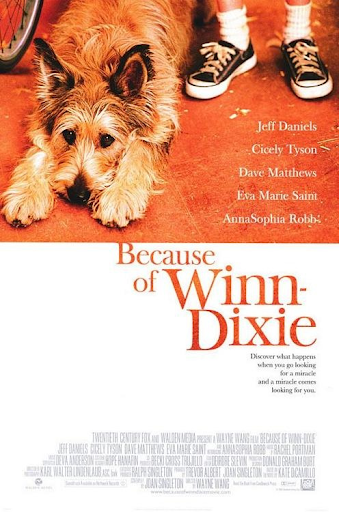 Just watched Because of Winn Dixie with Olly and the we'ans... and absolutely loved it.

I don't want to spoil the story for anyone who hasn't seen it... and I bet most of you reading this haven't seen it. Suffice to say... Winn Dixie... the dog... is a bringer-togetherer.

Winn Dixie inspires Opal... the wee lassie played by AnnaSophia Robb... to bring together a completely disparate group of people... to share the joy they are missing.

Its such a beautiful story... and one that has challenged me in the following ways:
It was a beautiful film... one that I am glad to have watched. It has inspire me and refreshed me. Thanks to all involved for making such a fab film.

Personally... I think this old world of ours needs more "characters" like Winn Dixie & Opal. In fact, with hyndsight, maybe you could see the Spirit of God as being represented by Winn Dixie... with him inspiring and creating opportunities for the kind of unconditional love and connectivity that Opal brings. Hmm...

U*P*D*A*T*E
The soundtrack is brilliant too with the likes of the Be Good Tanyas, Leigh Nash and Shawn Colvin. Super chilled and atmospheric Americana... lovely!