I have loads of links to post... so this will be a two-parter! 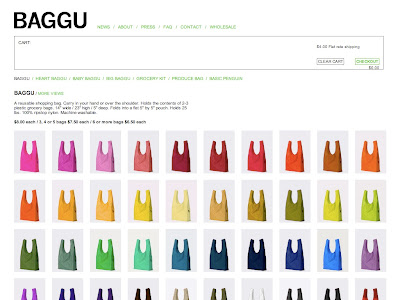 I really like Baggu's reusable totebags - they have a stylish practicality about them and beat, hands down, all other offerings. Nice! Whilst everyone and their granny is wetting themselves over Tweetdeck... I found an alternative twitter client called :: Destroy Twitter. It is the pet project of Jonnie Hallman and is one of 4 really useful tools that he has produced.

I wasn't taken with the name until I read his explanation...

Most of my days are spent destroying today. To destroy today is to make the most of the day—destruction as a form of creation. This is my carpe diem.

I like that attitude... and Destroy Twitter has allowed me to do exactly that... get on with what I want to do whilst making the most out of twitter. Good job, Jonnie! Thank you! 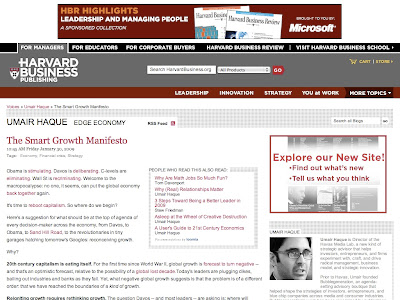 I probably shouldn't hide this article in the Harvard Business blog by Umair Haque on the edge economy... but I will mention it here and come back to it for more discussion once I have fully digested it.

Basically, he has raised 4 points that cover smart growth rather than the kind of growth we have witnessed of late:
Awesome food for thought... a set of ideas that I wholeheartedly subscribe to.

Thanks to swissmiss for the headsup. 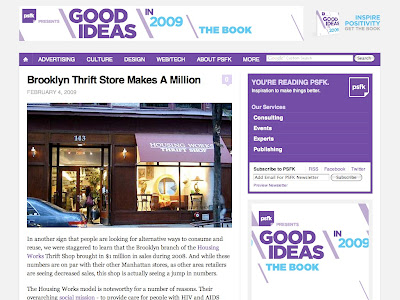 I thought this story in psfk about a Brooklyn thrift store making some serious numbers to be very inspiring. The key element of their success has been...

the items that are taken in as donations are curated first so they can offer a better quality of merchandise to their customers../

I've been a fab of charityshops for a good while now - I love the hunt - albeit... I have also wished that some stores were properly curated so that their pearls were more obvious to folk who aren't as prepared to dig or hunt. 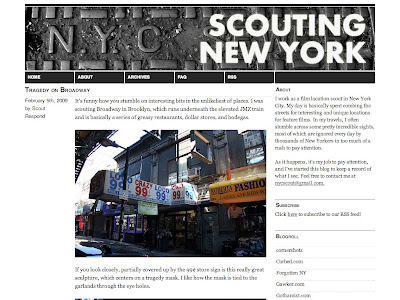 Last up, in this part, is the fab blog of a NYC Location Scout - I love seeing the locations... seeing stuff through the eyes of the author... seeing places and spaces that would be otherwise ignored. Lovely!