Some news on Cousin Silas 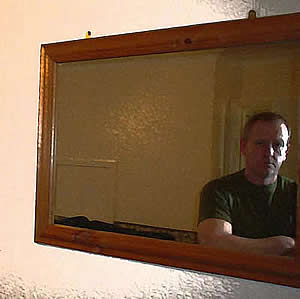 Got another "out of the blue" email from my fave ambient electronica producer Cousin Silas who gave me the heads up to his latest goings on...

First off... he's got an album in the pipes for a July drop on just not normal records. 12 new tracks potentially going to drop which makes me all excited... especially considering they'll drop on the 7th... just after I get back from a wee week in Wales.

Next up... he's collaborating with the director/artist Jesus Olmo (who has used Silas' music in installations) - he will be doing the artwork for the release. Excited about this too... as Olmo is a fab photographer (check out his Flickr for more).

Lastly... he reminded me of his Phantom Circuit appearance and session... which is fantastic. I heard it a wee while ago and, I am embarrassed to say, forgot to post about it. It is internet radio at its best... nice & niche.

There is talk of releasing the session on earthrid... which would be fab... albeit... I'm going to grab it for my offline listening pleasure.