Classic Albums :: "before the dawn heals us" 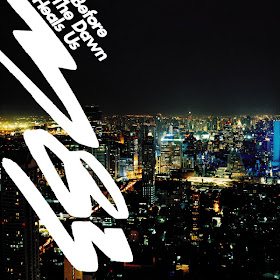 There is something wonderfully euphoric about M83's "Before the dawn heals us" ... the third studio album by M83 ... which was released in January 2005 to positive reviews, according to Wikipedia.

Their music is a distinctly heady mix of electronic beats, euphoric tempos, ethereal vocals  and shoegazing guitar noise ... a kind of dreamy pop music that is simply an utter delight to consume.

"Lower your eyelids and die with the sun" ... the final track ... stands on its own as 10+ minutes of the most adorable euphoric bliss... a set-ender of immense quality ... the kind you can only imagine playing on a beach after a long night ... just as the sun begins to coat the skin with reddish hues. It never fails to delight me and for this track alone ... the album deserves to be called a 'classic'.

However, the rest of the album takes you to this track. Whilst not a concept album in any real way ... it is certainly one that demands (and rewards) listening to in order and in a single sitting. It isn't the kind of album that you can pick tracks from. It works better as a whole ... rather than parts.

If you don't have it in your collection ... then I recommend you get it. It's that good!

Next up in the 'Classic Albums' series is "The Campfire Headphase" by Boards of Canada.