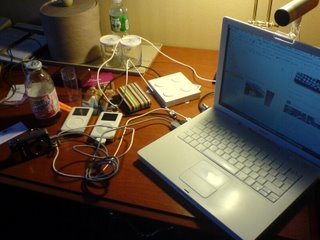 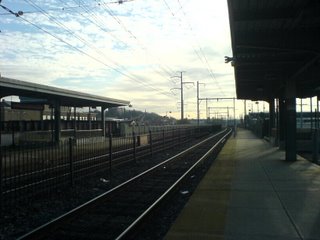 Norristown was deserted when I got there... which kind of spooked me out. Cold and empty. It soon filled up with people going downtown... going to watch the Marathon... or the Eagles game. 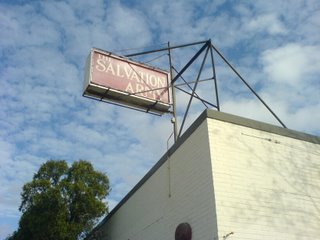 OK... for anyone traveling to Philly... here's a wee lesson: The numbered streets run North to South...and ascend towards the West (I think). A block is from one set of traffic lights to another. I got off the train at Suburban Street station...beside 18th street. I recognised Market Street on the map and thought I could walk to 5501 Market St where the Salvation Army were. The corps and community centre is on 55th street. That's 37 blocks... THIRTY SEVEN!!! It took me a good 40 odd minutes to walk... a walk that took me to some scarey places!

But I had to go... I had to see the other side of Philly... and get an appreciation of where the Lord has called the Salvation Army to serve: with the poor, rejected, despised... and I am so glad for the experience. 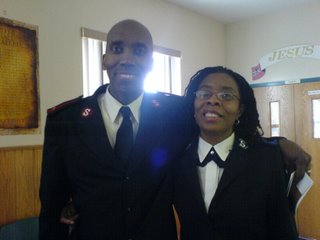 It was an absolute privilege to meet Lt. Tony and Laverna Lewis. What a warm welcome I received... everyone was so nice and genuine. I was the minority but was never made to feel so... I was a Christian and a Salvationist in a group of Christians and Salvationists... and it was a beautiful thing - being part of God's family.

Worship was different from what I am used to... no big brass bands or tight worship bands. There was an immediacy and sense of spontaneity that reminded me of Uncle Eck. Truly wonderful!

Tony spoke for about an hour on Judges 11: 1-11 - about Jephthah (Set Free) - who was rejected then restored as a leader. I really connected with Jephthah... but was distraught when I found out about the ultimate sacrifice he had to pay.

There was a freedom of expression and worship that I found to be very refreshing and Spirit-led. The whole start of the meeting was about grace... and how we don't need to fight to get God's gift... but need to fight to keep it.

My thanks go to the whole Corps... for their welcome and warmth... and to the couple who gave me a lift to South Street... and wouldn't take some money for gas. Thank you! It means a lot. I hope to come back some time... and pray God's blessing for all the work you are doing in West Philly... where we should be! 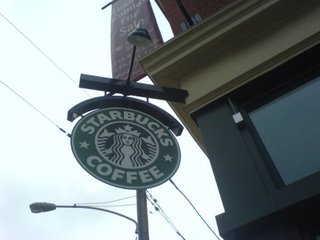 It was about 1430hrs or so when I got something to eat. I dived into Starbucks for some caw-fee... and a panini. 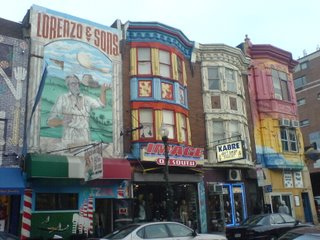 South Street is a strange mix of bohemian and hipster... loads of unique boutiques... and Starbucks... and clothing stores - selling anything from sexy smalls to the latest sneakers. 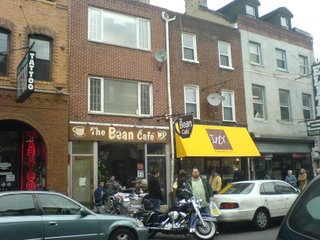 Saw The Bean literally just after I had finished my lunch... shame... would have loved to have checked it out. Looked like my kind of place. 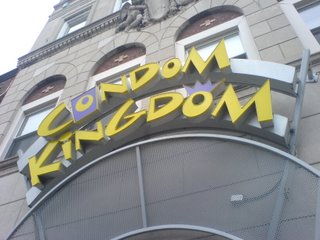 Saw this store too... but wasn't sure what it sold. 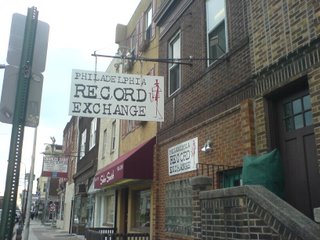 Found the famous Philadelphia Record Exchange but couldn't find anything that excited me... too much rock and traditional jazz for my taste... but nice to be surrounded by floor-to-ceiling of vinyl and CDs. 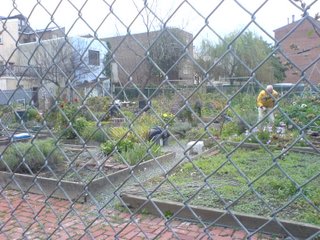 On the way to the station I saw this allotment... which was a breath of fresh air (literally) from all the cars and buildings. 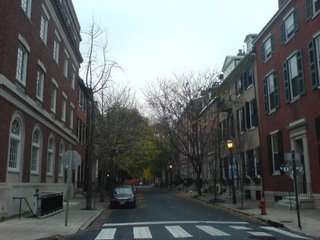 It was a good day... I saw many interesting parts of Philly... and am, to be honest, glad to be alive in this wonderful time called now.

Took the R6 to Norristown... and got back to the hotel... to the beautiful sight of Olly and Dayna (Miriam had crashed out). iSight is an amazing thing.

U*P*D*A*T*E
Forgot to mention... didn't get a chance to hook up with Roy. The marathon made the journey from New Jersey unrealistic... which was initially a bummer but, considering the experience I had today a church, something I think was out of our hands. Keep Roy's dad in your thoughts and prayers... he's unwell. I doubt I'll hook up with Roy on this trip... but may meet up with him soon in Edinburgh.

Posted by weareallghosts at 10:53 pm