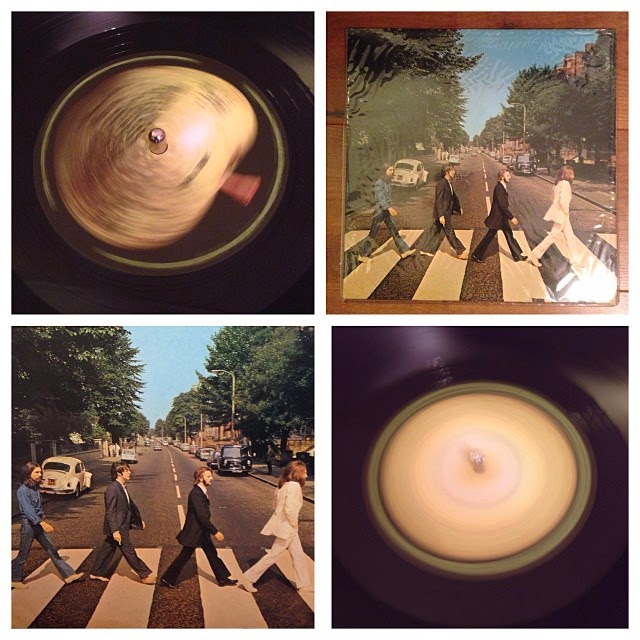 I love The Beatles.

It's as simple as that. I love them. I discovered them later in life ... sometime after 2000 when I picked up their "1" CD in a charityshop in Gourock (near the awesome Flava coffeeshop).

Late last year I got given some records by my dear friend and colleague Carol. She had cleared her loft and wanted me to have her hubby's record collection. I was instantly drawn to The Beatles LPs ... of which Abbey Road was my fave (it was a toss-up with the White Album).

I love this record ... it puts a smile on my face each and every time I play it. It is utter genius.

I also love this record because it came from Carol. She's an awesome lass and I have many fond memories of working with her. I was grateful that she thought of me rather than putting the LPs on eBay or something.