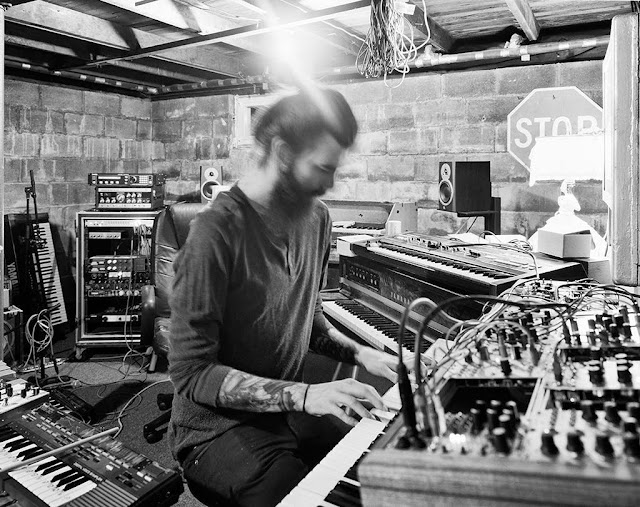 I recently got an out-of-the-blue email from Fletcher McDermott aka Twincities. He shared with me his new album - “variations for the celesta” - and spoke about his journey from FutureRecordings (post) to Eilean Records.

According to McDermott, the album is a concept piece of sorts ... all the tracks being based around recordings of an old celesta he personally made. Somewhere around 80% of the audio on “variations for the celesta” is originally from the celesta although it would be hard to tell that after his delightful electronic manipulation.

1) Look up 'celesta' in wikipedia: A celesta is a struck idiophone operated by a keyboard - it looks similar to an upright piano (four- or five-octave), or a large wooden music box (three-octave) ...
2) Ask for a download having being totally intrigued by the possibilities of McDermott's album ... and
3) Ask if McDermott would agree to completing my wee blog interview: I want to know more about the person who can make an instrument from which to make such utterly beautiful music as the music on  “variations for the celesta” ...

1) Who are you and what do you do?
my name is fletcher mcdermott. i’m 24 and from long island, new york. i make music which generally ends up with an ambient/electroacoustic sound, but i have no rules about that in my writing. i’m more about my process than needing the final product to sound like a particular genre.


2) What are you working on at the moment?
i’m already deep into the follow up to “variations for the celesta”! i had a small handful of pieces i was working on while writing variations that couldn’t end up on there because they had nothing to do with a celesta. i also had a few ideas that had been started as compilation pieces but ended up feeling as though they weren’t right for that type of release (songs for compilations are tricky, sometimes things that work beautifully in the middle of a full length would end up leaving a horrible representation of your sound on a comp).

sometime in march while variations was being mastered i was looking through files and realized i had 10 or so songs that were all nearing completion and had some similar vibes going on. i guess more directly i’ve been working on getting these songs from various places to come together and have an “album sound”. i’m big on albums sounding like cohesive pieces, not just a collection of works. once these are sounding how i want them i’m going to get to work on some string arrangements and then they’re slated to be released sometime later this year!

inspiration is a tricky thing. i’ve always loved this style of music but i think it was hearing Max Richter’s “infra” for the first time that made me really want to sit down and make it. even though his work doesn’t sound much like mine at all in the end, something about the blending or noisy electronic/staticy elements with lush acoustic sounds just felt like something i wanted to do.

i want to say my studio constantly inspires me. i’m a bit of a gear nerd so something about being surrounded by beautiful equipment on all sides just opens something up. i didn’t have a “proper” studio to work in up until a year or so ago so that change has been huge in effecting the way in which i write. previously everything was so scattered i’d have to unpack/setup whatever piece of equipment i wanted to use individually and record it sitting on my bed, then pack it away again and work on it via headphones. now a have a decent sized, dedicated room with recording gear, amps, synths, buckets of pedals and my piano all setup and ready to go for me. i never would have finished this album without that environment to work it.


4) What drives you to do what you do?
creativity? desire? i don’t really know what to call it but not playing music just doesn’t feel right. there hasn’t been a time in my life that i wasn’t making music in some way in the last 10 years so i’m not really sure what life without it would even feel like anymore! i’m sure i wouldn’t like it though.


5) What values do you wish your creativity to express?
it’s hard to ask non lyrical music to impart any “values” onto people for me i guess? if it is going to leave you with something i hope it’s positive. if not, then i’m more than happy to just be the soundtrack to a small chunk of someones day, whether it consciously is there with you or just floating in the background.


6) What role does community play in what you do?
up until very recently i wouldn’t have know how to answer this, but in the last little bit of time i’ve found a large network of like minded, supportive artists who i’m glad to be connected to. i’m hoping to expand those bonds more over the next year or so as i go full on into releasing solo material again and hopefully figure out/start playing live again. it’s amazing how much the words of someone whose music you love can mean mean when they tell you they love what you’re doing. i’ve had that experience several times in the last few months with both mathias (Monolyth & Cobalt) who runs the label variations is released on (eilean rec) reaching out to me to be his first release and a handful of artists whose work i’ve been following closely for years who happened to listen to my album and contact me. it’s been pretty surreal.


7) What is next for what you do?
if things keep working out, hopefully more albums, more writing, more music. i really like churning out a constant stream of stuff so i hope i don’t have to slow down anytime soon.

i’d like to start playing live again soon. i haven’t done a solo performance in years and i’m not quite sure how i’d perform my new material really. i don’t want to hide behind a laptop screen so i’ll have to work out some interesting ways to play things without bringing a whole studio setup out with me.

i have a few possible collaborations in talks right now that i’m hoping can begin producing material by the summertime.

i’m hoping to get into some soundtrack type work sometime soon. i’m on the lookout for projects. i feel that type of work is something my style of writing is particularly suited for so hopefully i’ll get to fully try my hand at it in the near future!

other than that i’m always looking for what the world throws at me. the terrain of music is pretty constantly changing so who knows what new stuff might be happening in the next few years! 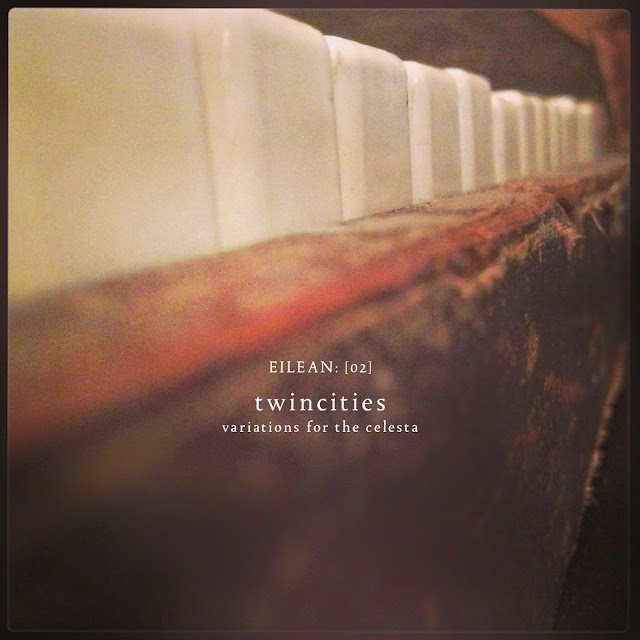 “variations for the celesta” has already sucked me in ... and I will bring some thoughts on the album in due course.

What I will say, for now, is the music is utterly beautiful and I am in awe of someone like McDermott who can do what he does. Music needs talent like his and kudos to Eliean for picking up and supporting this release.

Have a listen below and do what you can to support independent music.

Posted by weareallghosts at 12:09 pm