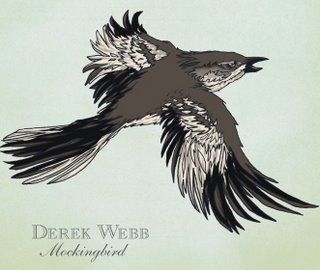 Big thanks to ((Lard)) for sending some viral marketing email thingy that... eventually... resulted in me getting my grubby paws on a fab new album :: Mocking Bird :: by a chap called [Derek Webb]... 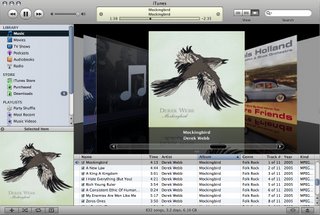 I haven't actually heard of him before but from what I have heard so far his blend of nu-folk with conscious, challenging lyrics is something I am going to cherish.

My fav lyric so far is from a kingdom a king where he sings that his first allegiance isn't to a flag...country or a land... or democracy... but to a king and a kingdom. Love it. Here's the link if you want to check it out.

Thanks for the nod, Lloyd!

Posted by weareallghosts at 9:43 pm