Some thoughts on Radiohead's 'King of Limbs' 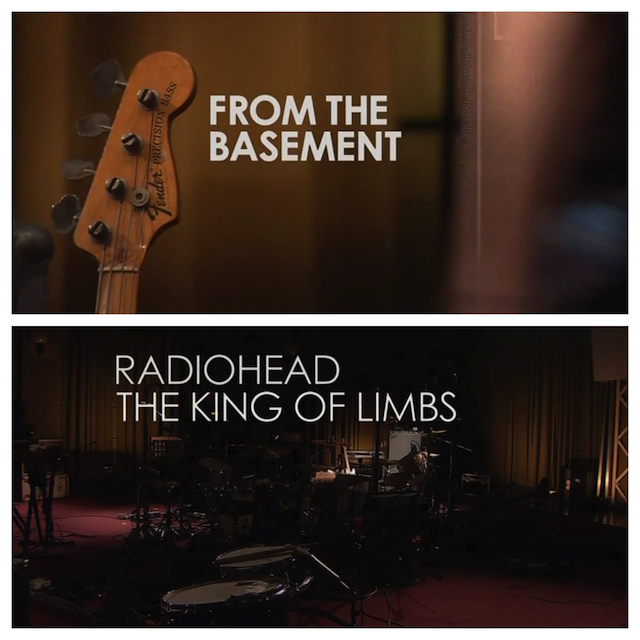 Watching Radiohead perform whilst lazing in a bubblebath is either a new high or new low for me... depending on your opinion... but personally I loved it this morning. It was one of the best ways to enjoy an empty house on a Bank Holiday that my wife and we'ans don't get.

Anyway... I have deliberately not posted my thoughts on Radiohead's most recent album :: 'King of Limbs' :: because it is a rather divisive recording. It's like Marmite... some folks love it and some folks hate it. I was on the side of love... and after watching the 'from the basement' show where they perform the whole album... I am firmly on the side of love.

I could easily tell you what 'King of Limbs' isn't... but I don't think that's always productive. I won't tell you what I think it is either... because, truthfully, I don't really know.

The closest I can come to describing how I feel about it is to compare it to Miles Davis' seminal record 'Bitches Brew'.

'Bitches Brew' isn't an easy listen at first... it demands your time and your respect... it forces you to reconsider and makes you think. But when you get beyond this... its an awesome album that is rich, deep, diverse and ultimately very rewarding. It is a recording that has stood the test of time.

I can't begin to imagine the reaction to this album when it was released... albeit I am glad for Wikipedia's summary (link). I personally think "outside" is a great complement... and is one I would give to 'King of Limbs'... because it is 'outside' Radiohead's previously established norm and certainly some distance from my fave album of their's 'In Rainbows'.

But that's the point. If I want to listen to artists who always remain 'inside' whatever it is that constrains them then I will... but I don't listen to Radiohead to hear a new 'creep' or 'high and dry' or 'street spirit (fade out)'. I listen to Radiohead because their original versions are fab and when it comes to new music... I just don't know what I'll get. I like that.

We should encourage experimentation... empower people to take it outside... whatever their 'it' is.

Watching the 'from the basement' show helped me 'see' the music and the effort expended in creating it. This really helped me shape my opinion. This is why live music is so important... I imagine if I saw Miles et al in concert circa 'Bitches Brew' it may not have taken me as long to 'get it'.

I would love to link to the 'from the basement' video... but it has been pulled. It is out there if you want to find it... but I'm not linking to it. It's well worth the hunt though.

Posted by weareallghosts at 1:15 pm

I'm listening and half watching this video at the moment.

It is good. I'm not sure I'd go as far as saying this is as 'outside' as Bitches Brew was, and I don't think King Of Limbs is a totally departure for the 'head by a long shot.

A lot of the structures here are what they've been doing for a couple of albums - looping and layering, using a wide pallette of timbres, deliberately obscure lyrics, humour in hidden places (that video for Lotus Flowers was pure comedy).

But it's good and it isn't immediate and I like it because of it's lack of hooks.

Thanks for your comment Tom. I would agree with the point you are making re it not being a total departure. I guess I've come to expect the unexpected from Radiohead. I too like it because it isn't immediate.