I'm not a fan of the Smiths... and not a fan of Morrissey... I just don't quite get the music. I'm not saying never... I am saying just now. 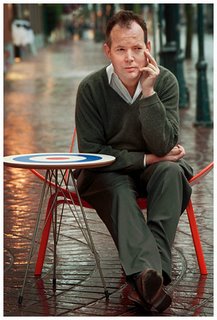 However, I am a huge fan of Douglas Copeland... I just love his writing - he has a way with words that just captures the moment ::

Is the interview dead? Well, it's certainly not having triplets and running marathons.

Check it out his interview of Morrissey in today's OMM: Link

Posted by weareallghosts at 6:39 pm