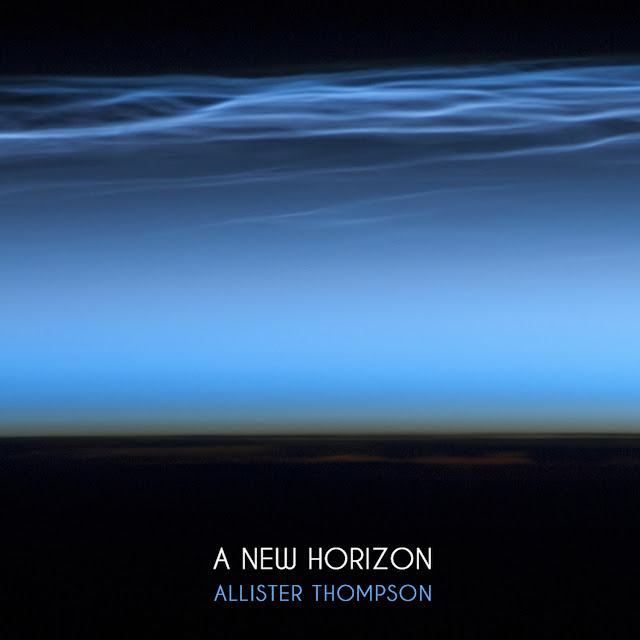 I am proud to call Allister Thompson a friend. I love his ambient project, The Gateless Gate, and have developed a real fondness for his solo album "A New Horizon" that he released recently under his own name.

It is an interesting concept: psychedelic folk music with an emphasis on vocals that is underpinned by earthy field recordings. Initially I thought the field recordings were too loud but somehow the wall of sound presented on each track has really grown on me. I think this is due to Thompson’s delivery: he has a voice that just works on this album.

Posted by weareallghosts at 7:17 pm