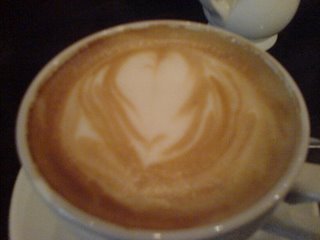 Playing catch up here... had a fab coffee with Innes on Thursday. Really enjoyed spending some time with him.

We talked theory and he put some names on some of the concepts I have been thinking about. Firstly, he talked about SODALIC and MODALIC forms of expression.

SODALIC is where their is a secondary commitment - such as Monastic Orders or Missionaries or, dare I say, the Salvation Army. Sodalic people have an outward focus and look to undertake short-term "getting the ball rolling" work.

MODALIC on the other hand is more your traditional style of church. It is the norm - local, community based church expressions... with a longer-term focus on building up the work in the community.

Both expressions are necessary. Its not an either/or but an "and" situation. Consider the metaphor of the Wild West "pioneer" and "settler" and you get the gist.

The second concept he spoke on was very much within this frame. He spoke of Limial and Deconstructionalist approaches to problem solving.

Whereas the Deconstructionalist approach revolves around revolution... where the situation is broken down into its constituent parts, like Lego, are rebuilt into something new where the good of the old remains and the bad is discarded.

It is important to understand who you are in this context and where you are called. Both Olwyn and I are deconstructualist in our approach to the church... and, very much, share a pioneer mentality.

Oh and the coffee was good!!!
Posted by weareallghosts at 7:33 pm