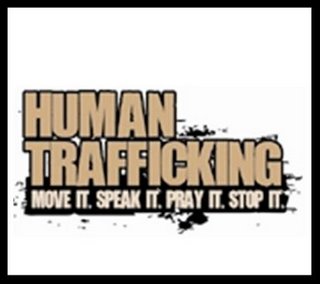 Bellshill Salvation Army are hosting a Prayer Brunch tomorrow between 1000 and 1400hrs to pray for human trafficking victims and to raise awareness of the situation in our civilised world. 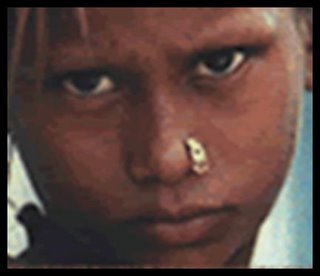 Trafficking is an evil and unjust industry that makes slaves of more than 2 million people every single year. 50% of the victims are children. People are lured with false promises of a better life into horrendous labour conditions, domestic slavery and sexual exploitation. We want to pray fervently for an end to this slave trade and to see God's justice and freedom become a reality for it's victims and a redeeming grace and God's lawful justice for the oppressors.

The main hall will have prayer stations to focus our mind on the world and the millions of people falsely imprisoned in this way.

I have created a mix for the prayer time... its just over 1hr and weighs in at about 60-odd meg :: link :: I like this mix... I think it works well... and will pass it to JD for one of my sets. Included in the mix are Iona, Vangelis, Craig Armstrong, Global Communication and a couple of special vocal tracks that get me in a prayerful mood. Enjoy.

If you can... come along and pray. If you can't come... no worries... get on your knees wherever you are and take time out to make a difference.

U*P*D*A*T*E
How do you define success? If it is with quantity then you will fail... there is always disappointment in this work in numbers... never enough!

If it is based on quality then you we always be successful... and today was one of those days. 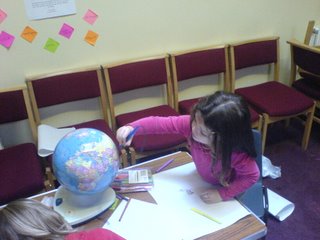 The kids who were there got stuck in and involved. They learned about the subject matter and were genuinely engaged. Great to see. 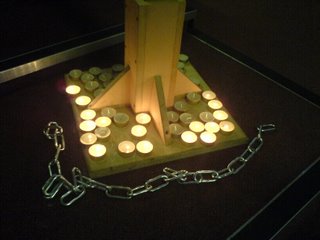 The prayer stations were thought provoking and stirred action. The cross, for example, was where we prayed for those trapped and imprisoned as slaves... with the chains representing the oppression and emotional and physical weight of being held against your will. 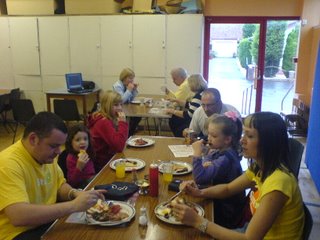 The brunch was also good fun with Mr and Mrs 'phonaught and monkeys... tucking in to a great breakfast. Unhealthy for the gut but good for the soul! 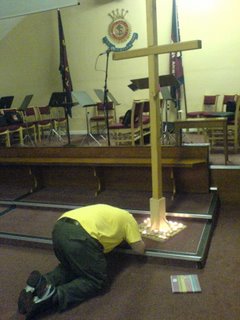 Prayer works... It is effective... and it is definitive action. Changes happen when people pray... and have the faith to believe.

Pray for the victims of human trafficking... Pray for your community... and have the faith to believe!

Posted by weareallghosts at 4:18 pm

grahamxyuzoheFound a great insight / illustration from
Philip Yancey termed 'Incarnation' his book 'The Jesus I Never Knew' pp 38-39 if you are able to get a read of it. It's regarding his care of special species of fish and likewise a special fish tank situation concluding that in order to really know them, what makes them tick and how they feel, the care he was giving them is miles away and so in short, he would need to become a 'fish' and 'speak' to them in a language they could understand.

Kind of where we as Christians should be coming from as Jesus was the model example, incarnationally, 'in the neighbourhood'...you know what I mean.

"When we 'face up' to the glory of God, we find ourselves 'facedown' in worship" (Matt Redman)

Leviticus 9:24b, "And when all the people saw it, they shouted for joy and fell face down."