Superhero... this Saturday in Glasgow 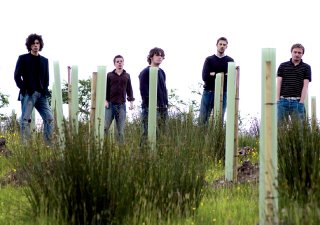 Superhero are playing in the Trades Hall in Glasgow this Saturday. Doors open at 1900hrs and tickets are a fiver.

If you haven't heard of them... here's the skinny:

Superhero share the same record label as Delirious? and play passionate, upbeat, indie-rock. This year they played at the Soul Survivor, New Wine, Imagine and Greenbelt festivals as well as touring extensively in Europe.

Superhero have one goal, to reach people with the gospel. Their music is intense and passionate, meaningful and full of truth. They have played in some of the coolest venues in the UK such as the Carling Academy, Manchester Apollo, King Tut's in Glasgow, the SECC, The Forum in London, performed live in the MTV studios; They have also had singles released in the UK, South Africa, New Zealand and others.

Thanks to Jon G for the heads-up.

Posted by weareallghosts at 9:52 am

Hmm, wish i could, working during the day and got a chemistry exam on monday.

Are they not playing a free gig somewhere in glasgow on this tour as well? sure i heard that from someone.