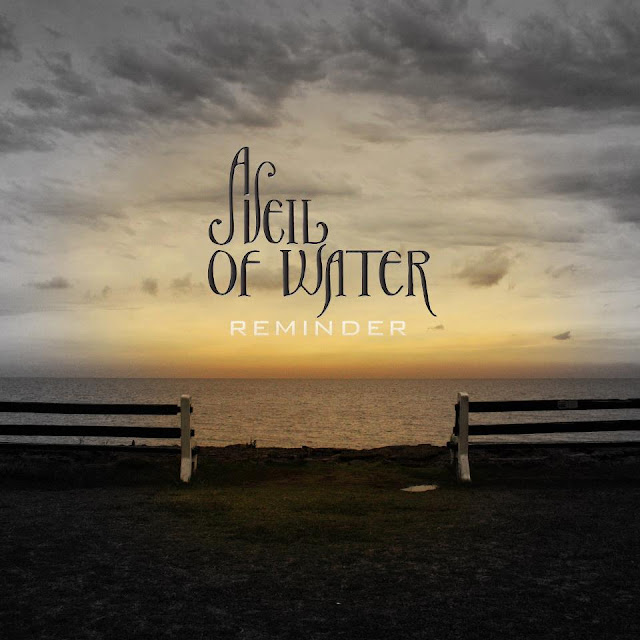 "Reminder" is the debut album by multi-instrumentalist Rune Trelvik, under the moniker A Veil Of Water. It is an album that arrived with little fanfare in my in-box. It has however, in the short time i’ve had it, caused quite a stir. The neo-classical inspired piano-orientated tracks have caught my attention and I've struggled to listen to anything else ... which, for someone with a number of albums to review, is a problem.

I find this album utterly captivating and beguiling ... it seduces me in a manner that leaves me helpless to its whims. I think it is mostly to do with the way Rune Trelvik plays the piano ... his self-taught style is hypnotic ... his style is simple yet never simplistic ... he places a great deal of emphasis on melody and it shows.

The majority of tracks on “Reminder” are piano-orientated pieces ... solo piano expressions in both texture and execution ... very cinematic and deeply immersive ... almost Satie-esque in nature.

Trelvik does, however, break from this mould with tracks like "Nostalgia", “A Promise Of Hope” and “Stepping Stones” which are all subtlety flavoured with soulful, ambient guitar ... or the closing track “Ad Infinitum” with its strings and percussion.

He lets loose on the track “Retrovailles” ... bringing some seriously chunky guitars and meaty percussion to the fore after a deceptive dose of Satie-esque piano-playing. This track is remarkable - jump-up-and-down remarkable - and I love it. I’d go so far as saying it is my standout track because it highlights the range and mastery of Trelvik. I'd look for more from him in this style. I like it when he rocks out.

“Reminder” is a fab album ... one for fans of solo-piano and neo-classical ambience. As such it is highly recommended. Please have a listen below and do what you can to support independent music of this calibre.

Posted by weareallghosts at 9:38 pm