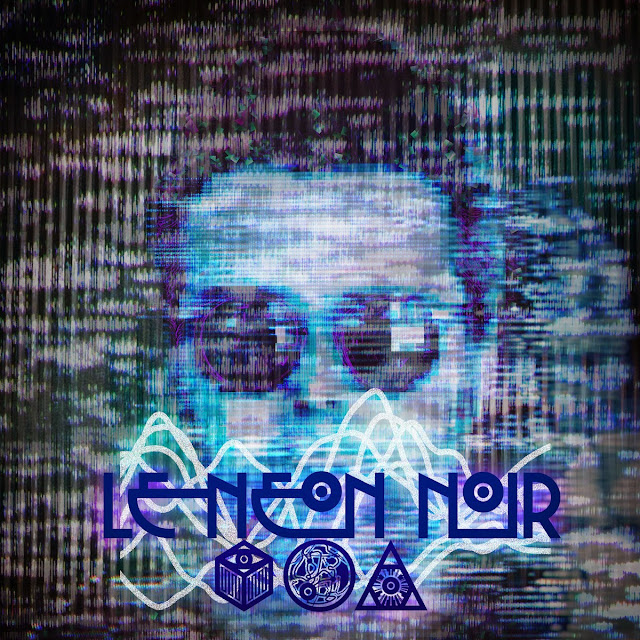 I'm not sure who said it or where I saw this ... but I recall the idea being expressed that progressive music, especially rock, isn't a genre, more a way of thinking about music ... a drive to keep moving forward, a desire to progress.

I like it when I consider the self-titled EP from Le Néon Noir, a band introduced to me by David Lawrie, who produced them and released them via his brand new label - Ishikawa Records.

Lead by Dani Lacroix on vocals & bass and featuring J.W. Greenwood on guitar, Carl Banks on drums, Jim Atkinson on live programming and synths, and HARUKO on synth melodies on "La Petite Mort Synphonique" and "Proxima" ... Le Néon Noir create my kind of future music ... music that is wonderfully progressive, full of surprises and innovation.

Le Néon Noir's self titled EP is one that takes multiple listens to fully sink in. The four tracks presented feel more ... somehow. I'm not sure how but they do ... maybe it's the numerous ideas than fill each track?

The opening track - "ps..." - opens at a fast pace with some programmed beats, syncopated guitar & bass before rocking out with fuller guitars & big swirling synths. The piece alternates between these fuller sections & the earlier syncopated sound. All the time, the vocals are deliciously melodic & engaging.

The second track - "Better than me" - is a full-on rock ballad but with an 80's drum machine ... one that builds towards the fuller sound of guitar / keys. As before there is a creative use of dynamics with periods of less balancing the periods of more. It really is a delightful track, more an extension of existing balladry than a replacement. Think a progressive evolution rather than revolution, especially when the guitar solo begins ... an earnest, heartfelt, soulful, bluesy solo.

The third & penultimate track - "La Petite Mort Synphonique" - is a more downbeat, electronic affair with syncopated bass, earnest vocals, and the dynamic use of guitar playing over sequenced synths. It is a delightfully dense & layered track that benefits from multiple plays for all the sounds used to become apparent.

The last track - "Proxima" - has a jaunty vibe with a quirky synth melody, snare drum rhythm & vocals. The track opens out after a couple of minutes with guitar & keys building on the established sound. "Proxima" is an idiosyncratic delight & a fitting end to a rather lovely EP, one I thoroughly enjoyed & keep coming back to.

I would highly recommend this EP and look forward to more from Le Néon Noir, from producer David Lawrie and his new label Ishikawa Records.

Posted by weareallghosts at 10:40 pm