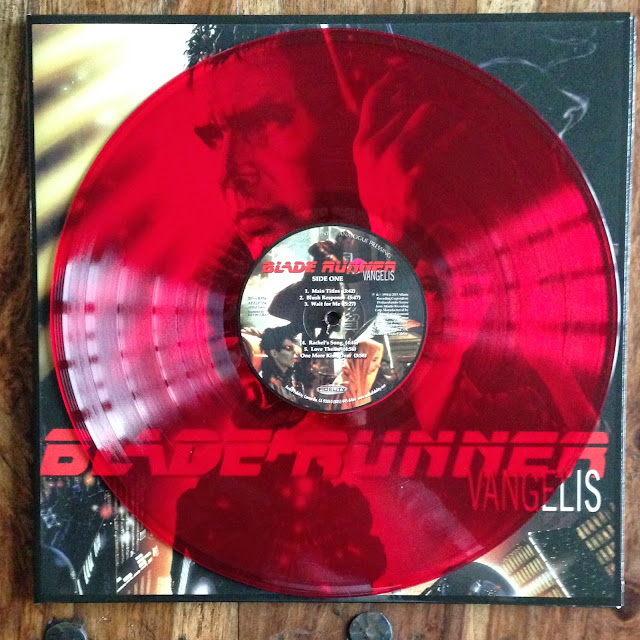 In addition to consuming copious amounts of second-hand vinyl, I have started buying new vinyl ... spurred on by my recent 'significant' birthday. 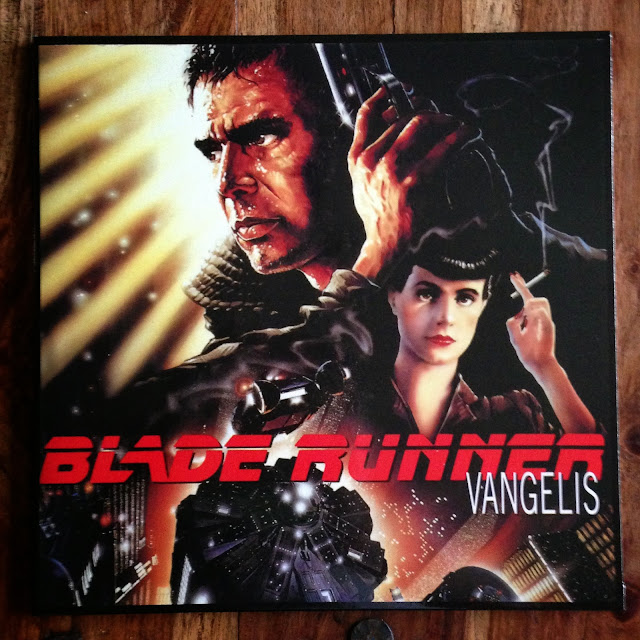 I'll openly admit to being a bit of a Blade Runner nut. I have a particular fondness for Vangelis' soundtrack and now own the OST on vinyl ... RED vinyl!

I have this album on 2 different CDs (single CD and as part of the 3xCD 25th Anniversary box set) and have 2 bootlegs that contain further music and ambience (The Esper Edition is well worth seeking out) ... the vinyl is a worthy addition to the set. It is a beautiful artefact that sounds gorgeous when played. 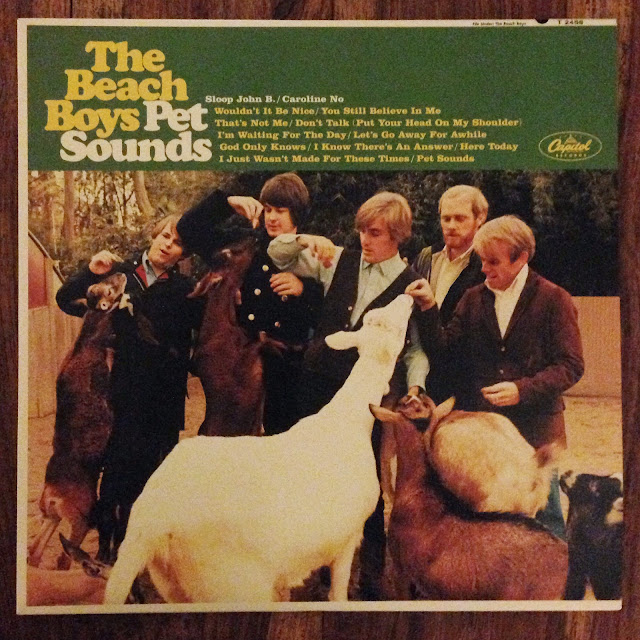 Insofar that I am a Blade Runner nut, I am also a 'Pet Sounds' nut. I love this album. 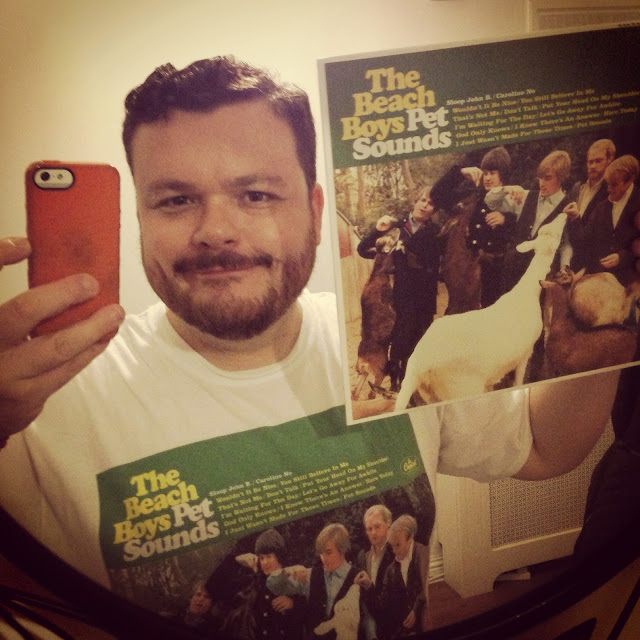 I love it so much that I *literally* got the tee-shirt!

I can't get sick of this album and have it on 2 CDs (original and remastered) as well as The Pet Sounds Sessions on mp3. I am even reading about it ... 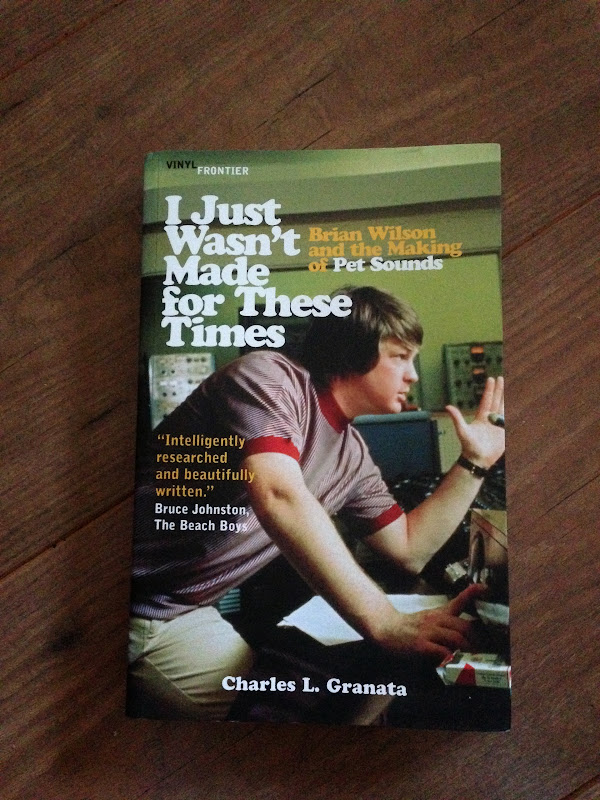 I picked up "I just wasn't made for these times" by Charles L. Granata for 1p on Amazon ... and it was in my bag on Saturday past when the vinyl was delivered.

"Pet Sounds" is an amazing album that sounds fantastic whether on vinyl, CD or mp3. Brian Wilson really made something magic, an album that has lasted 40 years. 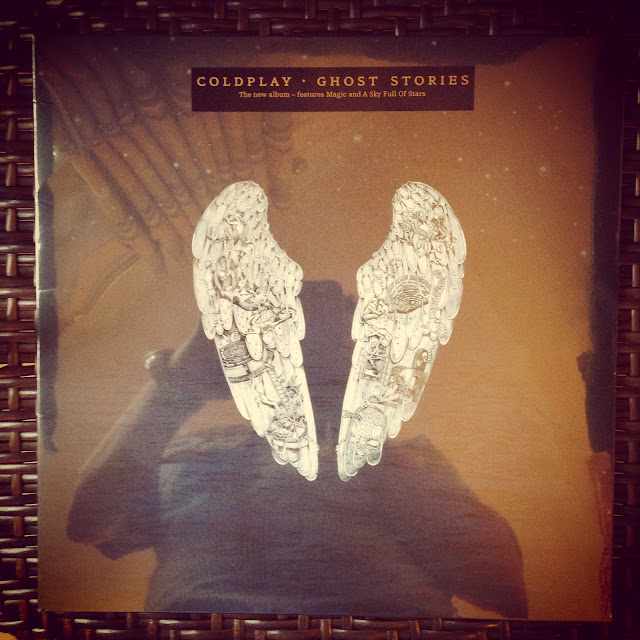 I was given "Ghost Stories" by my sister Jane and Ross for my birthday. I had the album on mp3 ... I got it on the day it was released after being taken with the singles (well the first two ... "A sky full of stars" has grown on me).

A lot of people hate on Coldplay and I cannot, with all seriousness, see why. I view their music as being vibrant, interesting and, dare I say, progressive. Yes, they are 'popular' but that shouldn't be a bad thing. They are anything but the insipid and bland band folks like to call them.

Part of my love for this album is that my whole family love it ... which is a rare occurrence these days. We played it extensively when we were down in Manchester (along with The Carpenters - don't ask) and it holds fond memories. Owning it on vinyl adds to the richness of the album. 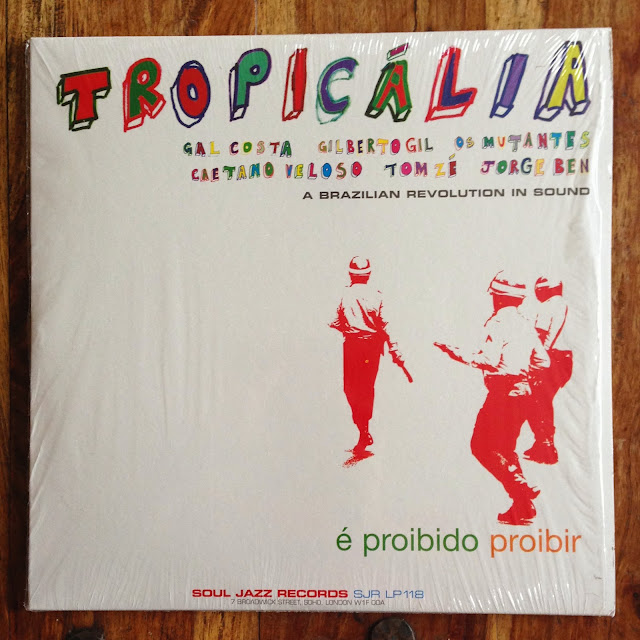 I was given the Soul Jazz compilation "Tropicália - a Brazilian revolution in sound" a few months back for Father's Day. I love vibrant music and it really doesn't get much more vibrant than this ... these songs have heart AND soul.

The wiki page on the movement defines Tropicália, also known as Tropicalismo, as:


"... a Brazilian artistic movement that arose in the late 1960s. It encompassed art forms such as theatre, poetry, and music. The movement was characterized by a combination of the popular and the avant-garde, as well as a fusion of traditional Brazilian culture with foreign influences. /

A dominant principle of Tropicália was antropofagia, a type of cultural cannibalism that encouraged the conflation of disparate influences, out of which could be created something unique. /"

This compilation showcases some wonderfully unique and visionary songs ... and I am glad I have it in my collection. 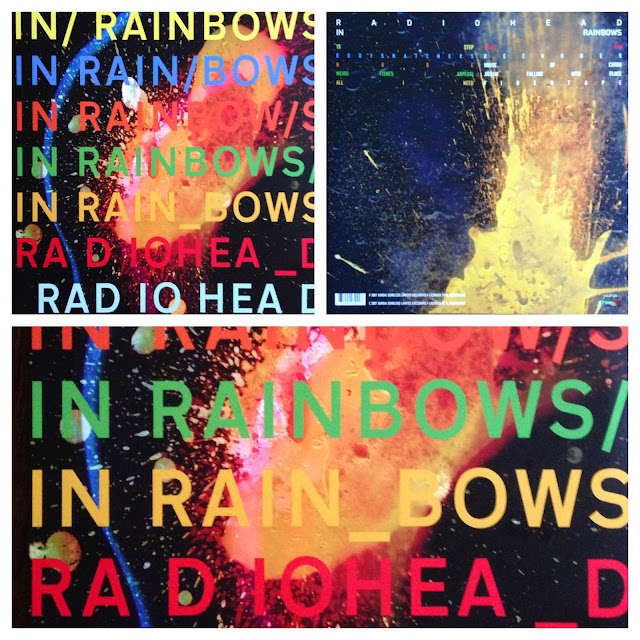 I am also glad to finally have "In Rainbows" by Radiohead on vinyl. I downloaded it on the day it was released (when they tried out the 'pay what you want' idea) and have it on CD ... but wanted it on vinyl to have and to hold. The cover really is a work of art and the music doesn't get old. This is my fave Radiohead album and a worthy addition to my collection. 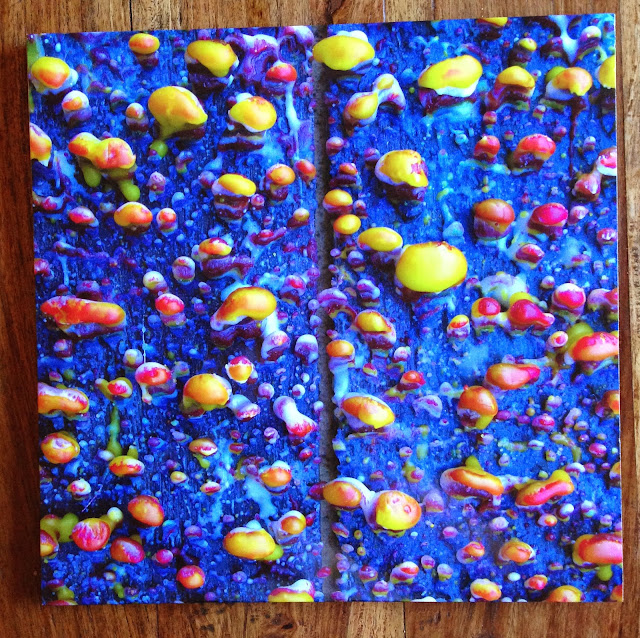 Pick a Piper is the debut full-length from the Caribou drummer, Brad Weber. I reviewed it for echoesanddust.com where I said:


"I've had Pick A Piper on my iPhone for a wee while now and cherish it's warmth and inclusive nature. I love the way the music presented gently overwhelms me when I put it on, it provides an alternate reality to the grey of a mild and wet winter in the central belt of Scotland, an alternative psychedelic otherworldliness that I heartily welcome."

It really is fab ... and to find it for £8 in Fopp was a real bonus. It is warm, inviting and otherworldly ... and highly recommended. 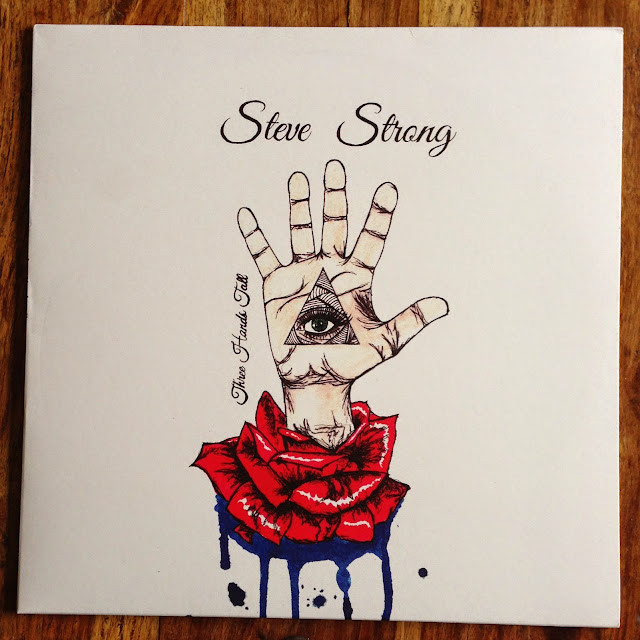 Another album that I reviewed for echoesanddust.com was Steve Strong's "Three Hands Tall" ... an album that had me thinking:

I picked the album up in Manchester's Vinyl Exchange for £5 and am glad I did ... it has become my 'play it loud' album for when I need to busy myself about the house (silly, I know).