Loving ... "The Ghosts of Pripyat" by Steve Rothery 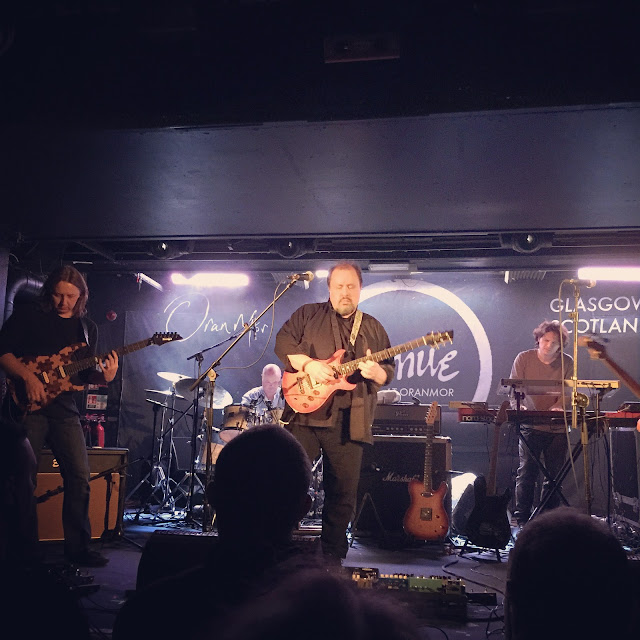 Over on Make Your Own Taste I have posted some thoughts on the Steve Rothery show that I attended on the 5th November with my brother-in-law, Colin, and my nephew, Euan, at Oran Mór in Glasgow.

I didn't really know what to expect from "The Ghosts of Pripyat", the instrumental guitar-orientated album that Rothery was touring ... but I was impressed:


"Let me digress for a minute. The album, The Ghosts of Pripyat, is an utter delight, an instrumental guitar-oriented neo-prog extravaganza with more than enough moments of ambient guitar to keep someone like me enthused and engaged. The album has atmosphere and a heartfelt authentic quality, factors I always look for. Rothery is 100% himself on this record, and that kind of authenticity translates well through the songs presented. Yes, Steve Hackett and Steven Wilson feature on the album, but this is most definitely Rothery’s album."