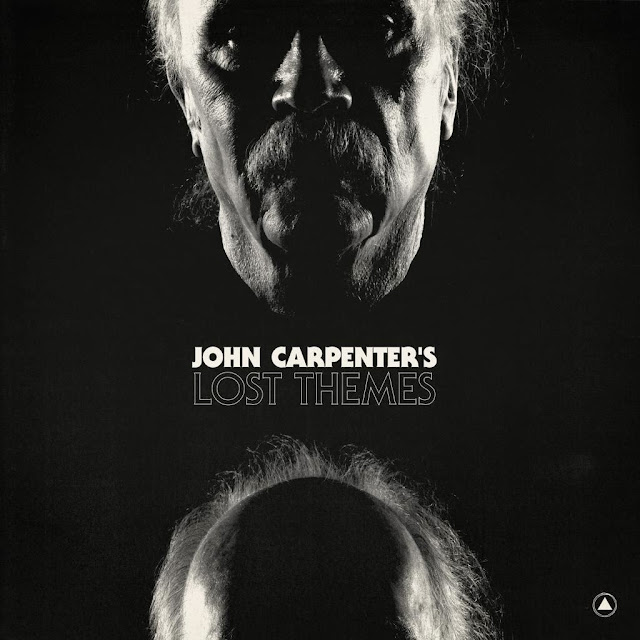 I don’t normally write about "major" releases anymore, I figure they get enough coverage in the bigger outlets. However, when it comes to John Carpenter's new album "Lost Themes", I am prepared to bend this rule.

I was given "Lost Themes" as a gift from Wolfgang Merx, a synthesiser obsessive and a talented artist on my wee netlabel’s roster. I was grateful but unsure as to what to expect. I love Carpenter’s soundtracks: I am a big fan of the music of both "the Fog" and "Assault on Precinct 13". I love them as films too but their music is extra special to me because they were an early introduction to non-guitar orientated music and sit in my mind alongside Kraftwerk, Vangelis and Tangerine Dream as truly influential.

That said, I’m not sure his earlier themes have aged particularly well. There is a sparseness to the soundscapes that betrays, in my opinion, the time they were created.

That said, this is a minor criticism that is outweighed by the sheer familiarity & recognisable iconic nature of Carpenter’s music. It was, however, an underlying worry that I had when coming to "Lost Themes".

I cannot express how wrong I was! "Lost Themes" is utterly brilliant. Take Carpenter’s iconic expression, add depth and multiple layers of sound, and a predominately uptempo beat ... and you have possibly one of the best albums on 2015. This is Ghostly International-level awesome, in my humble opinion. I could have been easily persuaded that Tycho had had a hand in the development.

The 9 tracks presented are wonderfully varied with real depth, vibrance & feeling in each one. I felt a tangible level of excitement when listening for the first time: I wondered what would come next, what sounds would be used, where would the track go? Carpenter never let me down. Not once.

Yes, some of the synth sounds used sound a bit "dated" but that’s part of the overall charm. This isn’t an album from the awesome RETRO PROMENADE that pays homage to a time gone by ... no way! Carpenter has taken his familiar sounds and updated them for a 2015 audience: this is the retro-futurism of now & my goodness it works for me. Carpenter has over-delivered on my expectations. So much so, I will be grabbing this album on vinyl at the first available opportunity.

If you like synth music or indeed varied, vibrant sounds then please check out "Lost Themes" by the master John Carpenter. You won’t be disappointed. Have a wee listen to the the tracks below to see what I mean.