the iPhone 5 and the need for decent debate 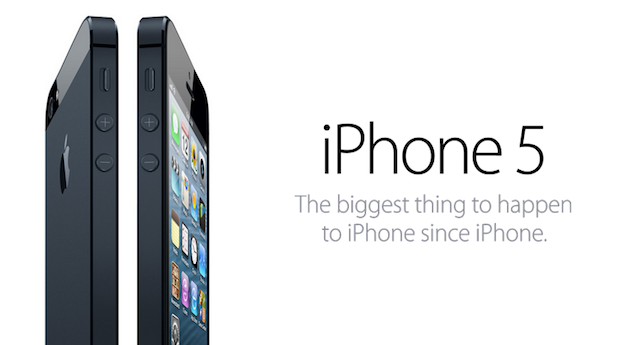 Last Wednesday saw the launch of the latest iPhone. It is a phone I have waited for since I went out of contract and it is a phone I *think* I'll get. I say I *think* because I’m not entirely convinced about the change in dock connector. That aside... it looks like a good phone and Internet device. I am an Apple fan and am somewhat tied into their ecosystem... so the iPhone makes sense to me.

This, however, is not the point of this post. The point is to comment on all the hate that I’ve witnessed upon the phone’s release. You don't need to go far to see it... a wee trip to the BBC’s news site will be enough.

Apple fans vs non-Apple fans... fighting it out to convince themselves and others that they are right and the other is wrong. Scary.

It scares me for three reasons:

Firstly, we have lost the art of a decent debate. There is no such thing as politeness, decency or graciousness in these arguments. It's all “i’m right and you are wrong... and here’s why”. I genuinely wish I had the self-belief of some folks but I don't... certainly not when it comes to phones. I mean... the iPhone is a good phone... it does a number of things well but it doesn't do everything that everyone wants. It works for me and all the other “sheeple” that buy it... but compared to *this* phone with *that* feature... it's not the best. I can and do acknowledge both the flaws in what I like and the better features of the other ’thing’ but most don't and this is worrying. Everything is black and white.
The way the ’other’ is abstracted is also worrying in these arguments... I've already used one term thrown at Apple fans. The minute we depersonalise the ’other’ we have lost our humanity... our compassion... our reasonableness. Android fans are not the devil incarnate... they are normal folks who have a different preference. If I can't or don't want to see this then I have failed.
I know this full well after referring to folks who watch “Hollyoaks” as morons. A couple of people who I love and trust called me out on this... because they were watchers of Hollyoaks and were most definitely NOT morons.

Secondly, I see an overwhelming need for people to prove, through argument, that they are right and the other is wrong - it's like their whole being is made up of being *against* something. This worries me because I have never conceded anything by being shouted at. I concede points through conversation and decent debate but never through such vitriolic hate. I see it in our politics, and it is commonplace in the expressions I hear of faith and non-faith within the public domain.
Atheism is perceived as being all about standing *against* the notion of deity... and being *against* the tyranny of organised religion... and whilst it is *for* many things - science and human endeavour, for example - it is known primarily as being anti-religion.
Conservative Christians seem to define themselves by what they stand *against* (abortion, evolution and gay marriage being three key areas) instead of what they stand *for*.
Why can't we be known for what we stand for rather than what we stand against? Why is such an emphasis placed on what we do NOT stand for?

Lastly, I am not defined by any *thing*... I am defined by who I am. This is key to this whole post. I may be an Apple fan but it doesn’t define me. What defines me is the relationships I have and the art I create. This will be my legacy. I want on my gravestone that I was a loved husband, father, son, and friend... who made the world a better place through what he brought into it. That's what I want. I don't want to be remember for being an Apple fan... certainly not as the main thing folks remember.
I love my Apple tools. I love my Moleskine and Rhodia notebooks. I love my Bic pens and my Manhattan Portage bags. But these things are tools... a means to an end... a means to creation and the sustaining of relationships. Nothing more. Let’s get this straight: I am not the sum total of all my tools but the sum total of all my experiences. We all are. It's time we realised this.

PS I see the irony in me going on about folks who think they are right and the ’other’ is wrong... and then closing this post in the manner I have. If you think I am wrong then please engage me in a decent debate. I may be wrong. It happens more often than I would like to acknowledge. Speak to my wife... she knows this. This is what I think. Don't take as being gospel... think it through for yourself... challenge the ideas if you need to but don't accept it as anything other than my opinion.
Posted by weareallghosts at 10:24 am

I am troubled, a bit, by the way in which the operating system and phone platform debates become ends unto themselves. Although there are real differences among Linux, Windows, and Apple, for the vast majority of people all that matters is access to some key apps and access to a great browser, when it comes to a laptop or a desktop, and access to great apps when it comes to a smart phone.

To debate products with such fervor is a bit like having riots over whether to drink Coca Cola or Pepsi Cola--it is a manipulated bit of misplaced emotion over a commercial product.

I admire all 3 operating systems. i admire of all of the phone systems.
I admire how iTunes changed digital music, even while I dislike intensely iTunes' use of hardware and software DRM to obtain an early advantage. I love the way Microsoft has created such a rich set of apps for the PC, including facilitating a healthy FOSS software movement, even while I dislike the way that Microsoft cannot seem to make version transitions smooth and interoperable. Linux enchants me in concept but never is quite practical for me in fact.

But really, it's like debating soccer teams--who really cares? We have people hungry in the streets,
conflict looming in countries all over the world, disparity, inequity, and confusion reign--and folks sit posting flame about commercial products that all work basically fine.

I do want Apple to be much more open to FOSS and decline to buy Apple for that reason--but that does not change the fact that what Apple has done is amazing. The key is not to become a lotus-eater for any product and not to lose too much of one's day arguing because "somebody on the internet is wrong!" as the old XKCD comic strip depicted.

The key is to liberate oneself from emotion about products that work, and not to see all people as merely Android, Apple or Blackberry.

In my experience/in my Twitter timeline it is - as you sort of describe - always Apple fans who start off such discussions by posting comments that make it sound as if using anything else is so incomprehensible as to be stupid. That isn't a good way to foster understanding.

I have no idea why ANYONE needs to post about what particular device they're using, and I do have a problem with the whole consumerist mindset that the use of technology drives us into with its built in obsolescence and the encouragement to see 'newer' and 'shinier' as better. It's not just Apple users that go on like this. But it's the opposite of sustainability.

There's also a massive problem for those of us who aspire to be ethical consumers, because the conditions under which our gadgets and gizmos are maunufactured are not so great for the people who make them. Again, this is not just an Apple issue. It's very hard to shop ethically for hardware.

The more I see your post the more necessary I see it to be. You make very relevant points which deserve a wider airing. In fact, I drew on your reasoning in a discussion I had with another individual in our Church. While we were in agreement largely, we were examining what had been ongoing on a closed FB group affecting a work we are both involved in.
More power to your pen or keyboard!