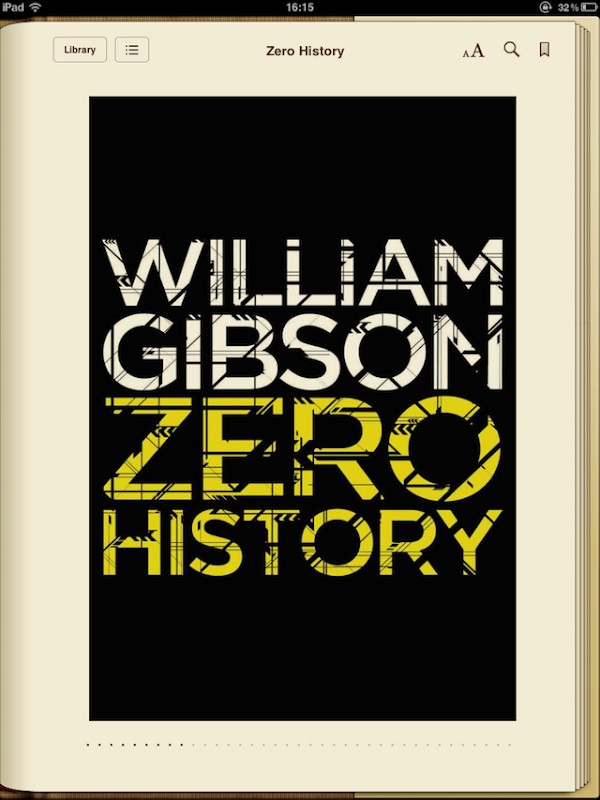 One of the benefits of long train journeys is the opportunity to read ... and while I was away in Leeds and then latterly in Slaithwaite (more on both later) I got the chance to finish William Gibson's fantastic story "Zero History" ...


Hubertus Bigend, the Machiavellian head of global ad-agency Blue Ant, wants ex-musician Hollis Henry to uncover the maker of a secret, obscurely fashionable denim called 'The Gabriel Hounds'. Hollis knows nothing about fashion - which, curiously, is why Bigend hired her. Soon, though, it's clear that Bigend's interest in underground labels might have sinister applications. Powerful parties, who'll do anything to get into this territory, are showing their hand. And Hollis, as Bigend's representative, is about to find herself in the crossfire.

It is such a compelling read that this is the second time I've read it ... and I got more out of it this time round.

What I love most about Gibson's work ... especially his 'Blue Ant Trilogy' ... is his attention to detail. I find his descriptive prose an utter joy to consume and can really visualise where he takes the story.

I would highly recommend this series ... start at "Pattern Recognition". 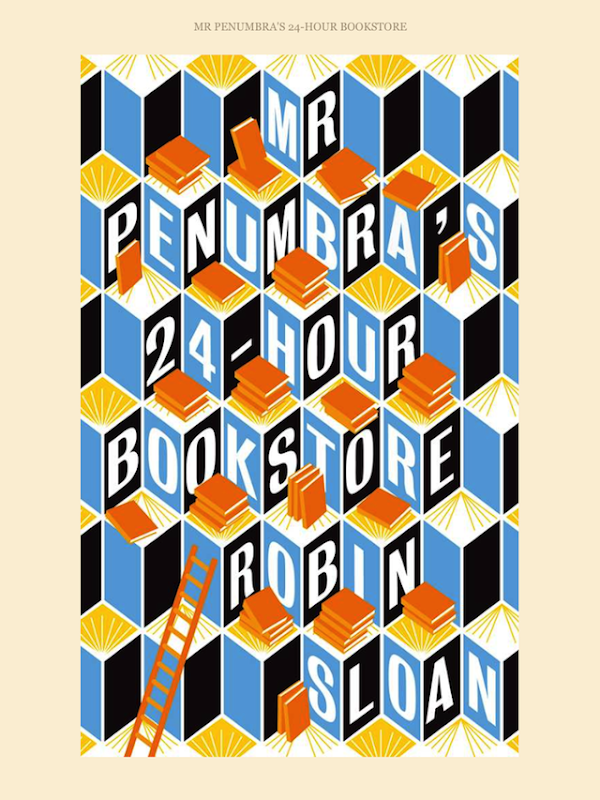 From there I moved to this modern-day fable ... "Mr Penumbra's 24-hour Bookstore" by Robin Sloan. I've only just started it but it already has me intrigued. I particularly love stories written in the first-person ... I think it has something to do with my love of Lovecraft ... and this story has a really modern, upbeat, hip feel about it ...


Recession has shuffled Clay Jannon out of his life as a San Francisco Web-design drone - and serendipity, coupled with sheer curiosity, has landed him a new job working the night shift at Mr. Penumbra's 24-Hour Bookstore. But after just a few days, Clay begins to realize that this store is even more curious than the name suggests. There are only a few customers, but they come in repeatedly and never seem to actually buy anything, instead they simply borrow impossibly obscure volumes from strange corners of the store, all according to some elaborate, long-standing arrangement with the gnomic Mr. Penumbra. The store must be a front for something larger, Clay concludes, and soon he's embarked on a complex analysis of the customers' behaviour and roped his friends into helping to figure out just what's going on. But once they bring their findings to Mr. Penumbra, it turns out the secrets extend far outside the walls of the bookstore...

I'm only a few pages in but it has me hooked. It is going for less than the price of a coffee on the Kindle store at the moment ... so dive in and join me.

Posted by weareallghosts at 4:40 pm