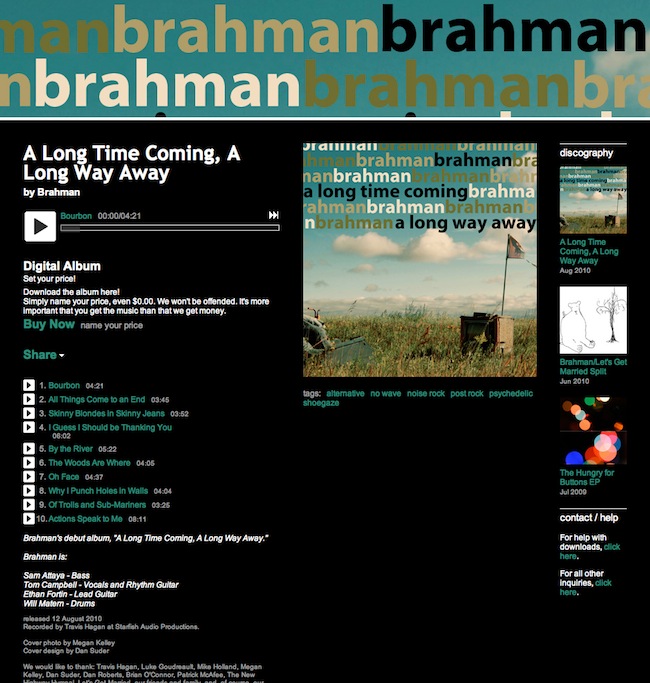 I don't know how I came to hear brahman but was pleased to have found them. Theirs is a form of shoegazing noise rock that is both powerfully accessible and intriguingly obtuse. Their debut album "a long time coming, a long way away" not only demands your attention but deserves it ... rewarding you with layered guitars and eager vocals ... and a feeling of movement. 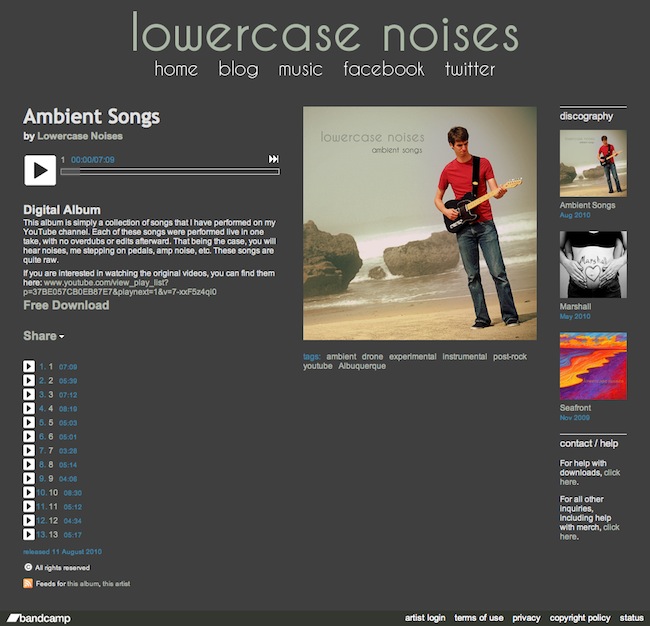 Next up is a collection of improvised ambient guitar-orientated soundscapes from someone who has become a firm favourite of mine :: lowercase noises. His album "ambient songs" is...


"... simply a collection of songs performed on my YouTube channel. Each of these songs were performed live in one take, with no overdubs or edits afterward. That being the case, you will hear noises, me stepping on pedals, amp noise, etc. These songs are quite raw."

It is raw in places... but in a good way. The music transports you to another place... a sublime place... where these idiosyncrasies add to the overall experience. Recommended. 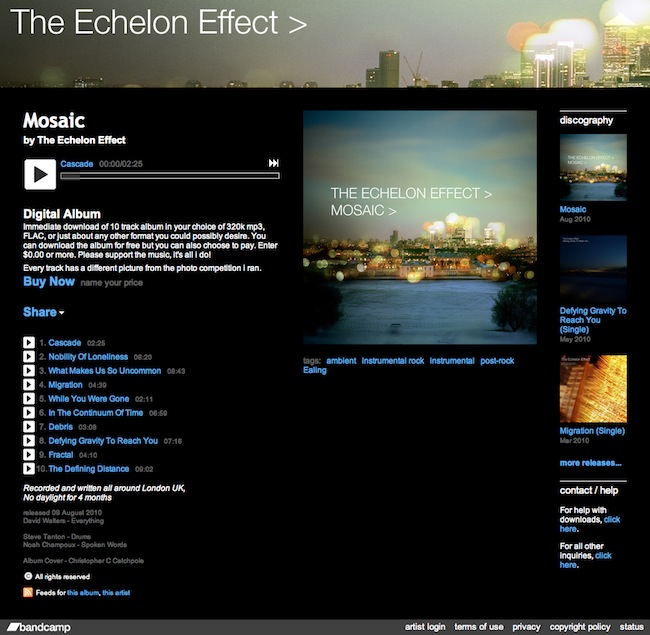 Another favourite of mine :: The Echelon Effect :: has released a full album entitled "mosaic" which takes and develops his post-rock sound. Wondrous rhythms and majestic guitar work really make for glorious soundscapes. Truly compelling listening. Recommended. 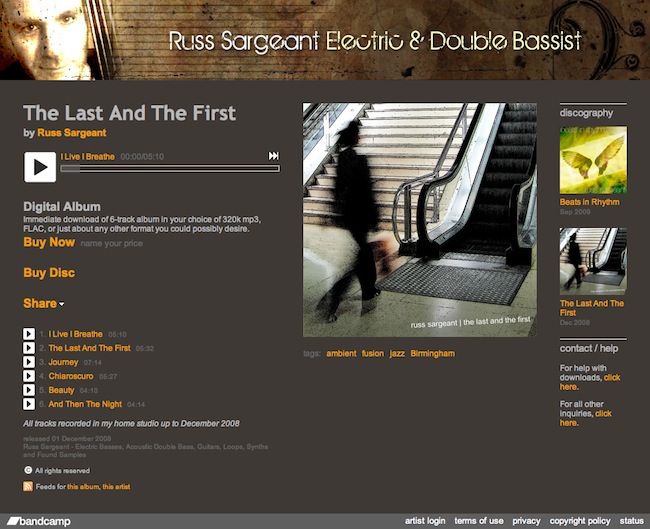 I find Russ Sargent's bass-centric ambient soundscapes truly seductive and enticing. His use of electric basses, acoustic Double Bass, guitars, loops, synths and found sounds makes for an effective soundtrack for life in all its guises and nuances. In fact, it is the very nuances of "the last and the first" that makes it so appealing... its the sounds within the soundscapes... the layers and the loops... the subtleties that make it so wonderfully immersive. Wonderful. 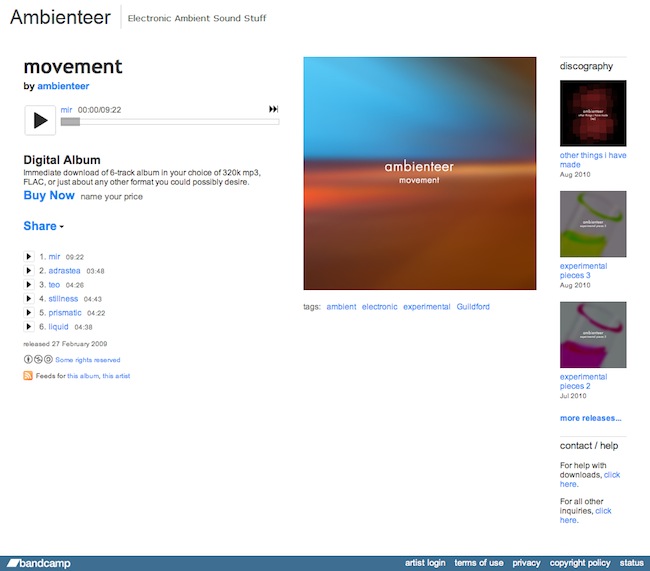 I have followed ambienteer on Twitter for a while now... and have enjoyed the work he has posted on his site :: ambienteer.com. I was, therefore, delighted to see him on bandcamp. He has uploaded a ton of stuff... all "pay what you want"... which is tremendously generous of him.

I have only scratched the surface with his body and "movement" is an awesome piece of ambient electronica to start with. It displays the depth of his music and highlights the intricacies of his composition... without every getting too dissonant or repetitive. I love ambient and ambienteer is up there with Cousin Silas as one of the key practitioners of the craft.

Pay what you want
Posted by weareallghosts at 7:45 pm