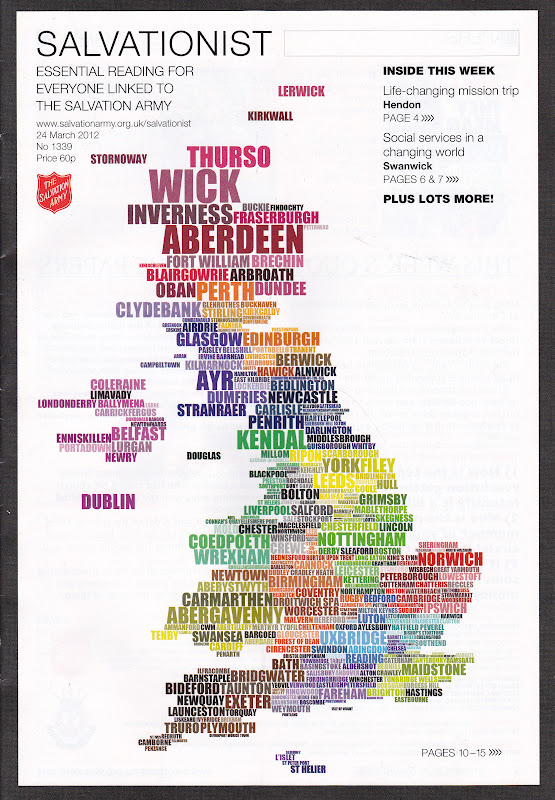 I really, really liked the cover of last week's Salvationist (24th March 2012). The Salvationist is the magazine for folks connected with the Salvation Army in the UK. The graphic really grabbed me and made me get one. It demonstrates the power of type when used creatively... in this case highlighting everywhere the Salvation Army has a presence... including both Airdrie and Bellshill.

I don't know who to credit for the graphic... Jonathan Carmichael is listed as the graphic designer in the inside cover... but the cover isn't attributed to anyone which is a shame. Credit where credit is due. Any of my Sally pals know?

I'd buy an A3 print of this graphic. Can someone please tell SP&S?

Just received an email (03/04/2012) from Jonathan Carmichael, the graphic designer for the Salvationist, that it was in fact his design. Well done, Jonathan.


Posted by weareallghosts at 5:09 pm

This really is a clever design. There is a creative genius behind work like this and it is both dramatic and informative. Well done to whoever.