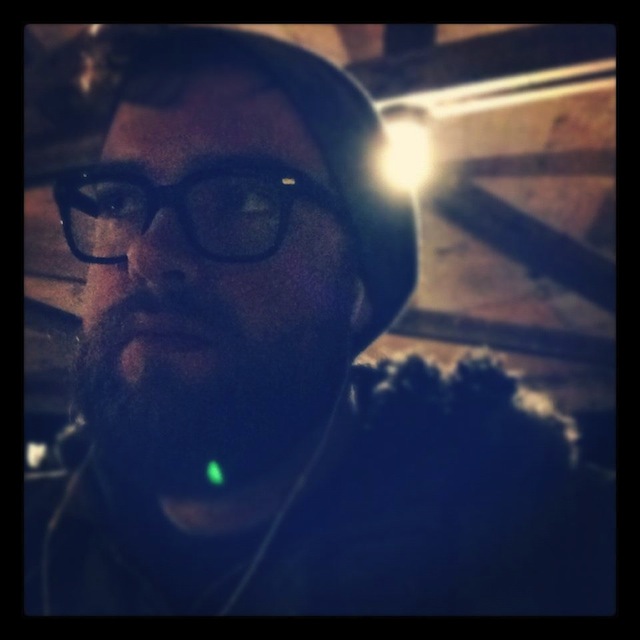 I don't normally do this. I don't normally post a wee interview with someone until I've described their art and how I have enjoyed it ... but David Mantel aka Naal is different.

First off ... his album "Wilderlands" has really, really captured my attention but I don't, as yet, have the words to fully describe why it has. It's not enough for me to say it has ... I want to explain why. I will.

Secondly ... when I contacted Dave to ask if he'd undertake the interview, his response was not only very detailed but it was almost instantaneous. I love that kind of enthusiasm ... so I just had to feature him as soon as I could.

He's a cool guy who makes cool music ... and this is what he had to say:

1) Who are you and what do you do?
My name is Dave. My "stage name" is Naal. I make music, and also write blogs and make videos sometimes.


2) What are you working on at the moment?
I just finished my debut record, Wilderlands. I learned that a first release is really tough- establishing a web presence, finding people besides my mom who will listen to my music, and then of course the entire recording process. I learned a ton, though!

I'm currently in the process of moving and finding another job, but on top of that, I'm conceptualizing a few projects, and I'm going to see which of them wants to be born first. I'm really excited by the concepts that I'm working with, and I hope that as I continue to work on growing a fan base, those listeners will also be excited with me!


3) Who inspires you?
Inspiration comes in a lot of forms for me. As far as the music I am making currently, within the genre there are my friends Andy, Karl, and Michel, from lowercasenoises, Karl Verkade, and Arafura, respectively. Their creativity and work ethics are totally motivational to me. I look a lot to people outside my genre, too. People like Macklemore and Ryan Lewis, Gotye, Nero, Samamidon, Cloudkicker… I mean, there's a ton. My musical taste is all over the place. I like to draw from everywhere.

I draw a lot from other mediums, too. Visual art and literature are both things that are very close to my heart. I didn't have a TV growing up, so I read indecently. I think my imagination developed pretty intensely from that, and even as an adult, I find myself becoming more attached than maybe I should to paintings or literary characters or poems because my imagination makes them more than what they are to the average person. My debut album, Wilderlands,  is actually a concept album based on an adventure book that is quite popular right now... So, even there, my creativity is drawn from people like Poe and Longfellow, Banksy and Warhol… You know.


4) What drives you to do what you do?
I've been writing music since I was an early teenager. Not that it was ever very good. But I remember my first show in high school playing drums for this emo-core band I helped start… We probably sucked. Actually, no, we did suck. But I remember the feeling of playing that first show and engaging the people and what it felt like to share something I had helped create. I knew then that I needed to do that. It took a long time- 8 years- but I finally settled into a place where I felt comfortable with the art I was making, even though I knew it would be pretty niche and not everyone would understand it. I felt comfortable with it, and I knew that this would become a long-term creative identity. I had found something inside myself, a voice, that I knew I could share with people and bring them along on the journey I'm on myself.


5) What values do you wish your creativity to express?
I like making instrumental music in this kind of- I don't know, post-rock, drone, something something- vein because I feel like it lets the listener create their own journey and meaning to what I create- even if it's something completely different than what I intended. I don't think it's so much about that I want the listener to experience exactly what I do or imagine the same things that I do when they hear a track or an album that I create- I just want them to feel something! To imagine something! To maybe even hear a similar voice inside them that says, "Hey, I resonate with this!" or that helps them find their own, unique voice and story.


6) What role does community play in what you do?
Oh man. A huge role. Maybe the biggest. It means so much to me to have friends that are into art in the same way that I am- even if their medium or style is completely different than mine. I have a lot of close friends who do folk music, or singer/songwriter stuff… I suck at that! But we can get together and talk about our music and passions in a way that only other people who are in love with the Muse the way we are can understand, you know?

It's also awesome to have such a sweet community of guys who are into the same music that I am. The internet is great for that kind of stuff. You start listening to someone, and you like their music, and then you tweet them, and then maybe you join a Facebook group or something with other musicians and, look, there they are, posing on the same threads and everyone's talking and learning together, and then maybe you record a track together or go on tour or whatever… That's just a cool thing that happens now, in this age where artists don't really rely on the old gatekeepers- corporations, studio execs, etc- like we used to. It's turning into a more personal, relationship and community driven market.

That's one of the reasons I've chosen to give my album away for free- I want to believe that people who really care about the art, who have a desire to see an artist succeed, will support that person or that art because they care about it. It becomes a community in itself- not something like Justin Beiber fans or whatever- but people who care about the community being built around something that they care about or even love. Maybe that's a little idealistic, but I think that's the way the music and art industries are going to survive: we all take ownership of those things that we love and support them, whether financially, or by sharing that stuff with your friends, or whatever. I think that's the future.


7) What is next for what you do?
Well, like I said, I'm in the process of moving. Hopefully I'll be able to set up a nice space where I can work on my stuff once I get all settled. I've already started the conceptual process on the next few projects, and so we'll see where they go. I'm also in talks with a few people about some very cool collaborations, so look out for those. In the meantime, I'll be blogging over on my website, and probably making some youtube videos, too. I like to do those things!

Thanks Dave! You can keep up with all of that's going on with Dave and his "Naal" project on his website :: NaalMusic.com.

I've embedded the Bandcamp player below to let you hear his album ... please check it out ... and check back here soon for some thoughts on it from me.

Posted by weareallghosts at 10:56 pm