Seven Questions with ... Alex and Rob from Oceanus 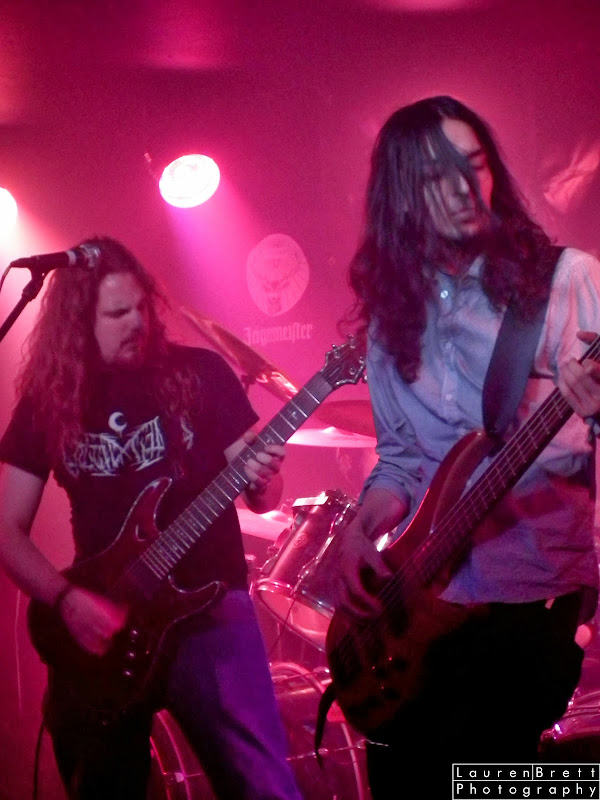 "Sirens" by Oceanus was a breath of fresh air when I heard it ... it is:


"... one of the most varied and imaginative I've heard in a long time. There are moments of shoegaze ... full on rifftastic rock ... frentic metal ... bloodcurdling vocals ... and even the ebb and flow of post-rock. There are also moments of moving ambience and of sheer melodic beauty."

I felt it appropriate to catch up with Alex and Rob ... and ask them my 7 questions. I'm delighted that they could respond ... and respond, they did!

1) Who are you and what do you do?
We are Oceanus, once we were five now we are two. Alex handles guitars and vocals and Rob largely handles bass and production. Without wanting to sound too arrogant we write music predominantly for our own amusement and then just hope people enjoy it.

2) What are you working on at the moment?
At the moment we're just waiting to see how our first album Sirens is received, has been a long time coming and is finally out in a few days. After that we'll think about writing another if/when the inspiration takes us.

3) Who inspires you?
- Name an artist who has inspired you
Neige of Alcest is probably one of the artists that has inspired us most for creating this album, both musically and also for the fact he does so much of the studio work by himself or with a very small number of musicians. After Oceanus as a 5 piece touring band dissolved we just sort of decided "we could do that".

- Name place that has inspired you
As contrived as it may sound the ocean is a place (if you can call it that) that has inspired us most, maybe more specifically the fact that we've generally lived near coastal locations. The 'oceanic' sound that we've tried to create has been influenced quite a bit by that.

- Name some "thing" that has inspired you
Tricky question, in the simplest terms the "thing" that has inspired most is merely the enjoyment of writing music. It's something you can easily forget about doing, and find yourself writing music because for some ridiculous reason you feel you "have to". The reason anyone initially picks up a guitar, or a bass, or a kazoo and writes music is purely for fun. Or to get laid. Maybe not with the kazoo.

4) What drives you to do what you do?
Starting to sound like a broken record but the only thing that drives us to do what we do is the fact we enjoy doing it. Eventually it'll be the cocaine and ladies of the night, but for now just the satisfaction of writing music is what drives us.

5) What values do you wish your creativity to express?
I don't think we ever write looking to express any values as such, it's pretty obvious from some of the tracks we're trying to create different atmospheres. But lyrically we're pretty ambiguous really, so the words are open to interpretation. Maybe it leaves room for the listener to bring their own values to. Sorry if we're starting to sound unbearably pretentious, difficult not to when writing this kind of music.

6) What role does community play in what you do?
It's been a while since Oceanus was a live band, so in many ways we're starting again from the beginning with regard to getting back into any kind of community. We're hoping at some stage to put a live band together to play a few venues at some point.

Next we let Sirens settle, see if people like what they hear and then think about writing something new. We've got a few ideas knocking around.

"Sirens" by Oceanus is now available over on Hawkmoon Record's Bandcamp page. Have a wee listen below:

Posted by weareallghosts at 6:47 pm