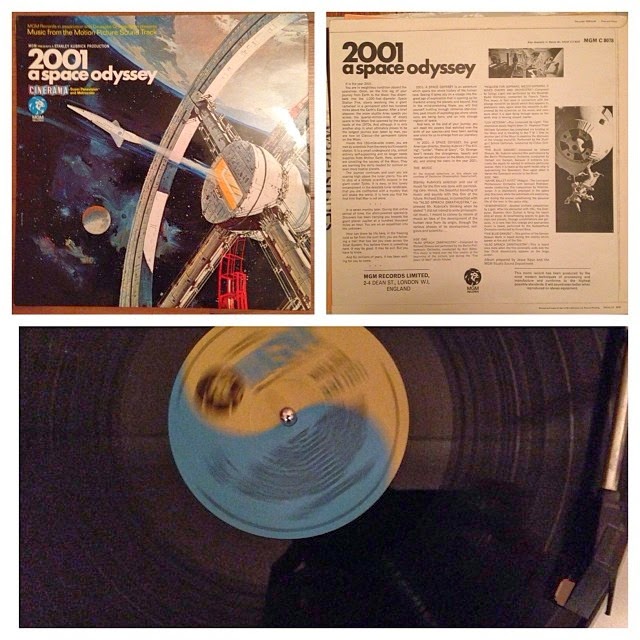 My obsessive hunting does pay ... and this belter, in MONO may I add, was found in a charity shop in East Kilbride in-between Christmas 2013 & New Year 2014 ... while I was ill with whooping cough. I don't think I knew how ill I was as I walked about the mall in EK obsessively hunting for vinyl with my new record bag over my arm. It cost me 50p.

The soundtrack to "2001 a space odyssey" is an acquired taste ... with moments of genius (Johann Strauss II's best-known waltz, "An der schönen blauen Donau" (On the Beautiful Blue Danube)) interspersed with totally 'out there' tracks (György Ligeti' "Atmosphères").

Delighted to have it in my collection and this record does sound better than the CD version ... for some strange reason consider it is mono.