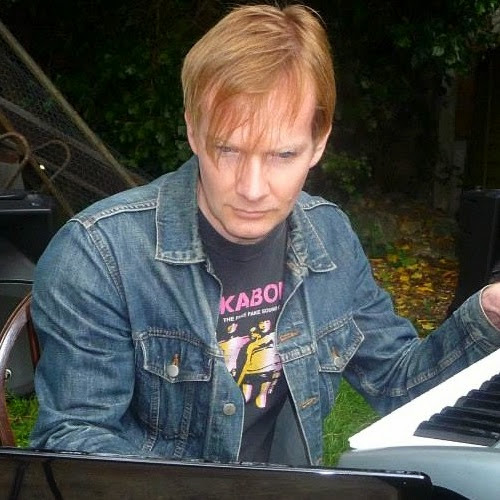 When Hayden from Preserved Sound sent me a couple of his recent releases I was instantly drawn to the new album by Adrian Lane.

Hayden from Preserved Sound recently caught up with Lane and asked him my Seven Questions ... this is what he had to say:

1) Who are you and what do you do?
I am a musician and visual artist; which one I am most depends on my mood, time of year and ideas at any one time. I don't tend to make much distinction between the two and my working processes are quite similar; I tend to work in layers and build up by reacting to the previous layer whether that happens to be a musical phrase or a brush mark.


2) What are you working on at the moment?
My previous two albums for Preserved Sound were very much solo affairs; I am interested in getting other people to contribute to the next one. I have a friend who did a masters degree in percussion in Bali and he has agreed to contribute, although it is at the very early stages at the moment. My first two albums have very little percussion so I am thinking that some acoustic percussion would add a different texture to the pieces.

I have also been working on some collaborative pieces with Japanese musician, Ikutaro Ishida, and Italian musician LoaLue where files have been sent back and forth. This has been exciting as to a certain extent I have relinquished creative control, I send the files (usually myself playing phrases on acoustic instruments) and then see what happens with them.


3) Who inspires you?
Many people have inspired me and I will answer this question now but I am sure that when I think about it again I'll come up with someone else.

- Name an artist who has inspired you.
There are many, many musicians/composers who have inspired me but if I was to list some defining influences who have stayed with me since I was young I would list David Sylvian and Philip Glass. I was into David Sylvian in the early 1980s (giving away my age here) and have liked most of the things he has done since particularly his (more difficult) work from the last 10 years or so. David Sylvian also led me to the next question, in that his music made me investigate music from other cultures particularly East Asia; listening to his music meant that I became interested in his collaborators (Jon Hassell, Holgar Czukay, Kenny Wheeler, Danny Thompson) and opened up music outside of the mainstream.

I am not sure how I got into Philip Glass but I remember seeing a performance of Music in 12 Parts when I was about 19 years old and I had never heard anything like it. I have seen it performed again in recent years and it was still just as mesmerizing.

- Name place that has inspired you.
Lots of places but most profoundly Japan (where I have visited on numerous occasions) and in more recent years South Korea. The culture; music, art, food and the people have all been great inspiration to me.

- Name some “thing” that has inspired you.
Not sure of any one thing but I do enjoy getting new instruments; I have quite a range of acoustic instruments and picking up something new that I am not familiar or confident playing forces me to try new things.


4) What drives you to do what you do?
I suppose there is always a drive to express yourself in some way. I am not a great talker, although do enjoy being with other people, and I guess I need to find ways to express myself outside of words.


5) What values do you wish your creativity to express?
I'd like to think there is an expression of calm and a sense that people should be seen as individuals not nations. I am quite happy being English but I wouldn't say that is better than being from anywhere else and I’d like to think that what I produce is affected by where I am from but is not totally defined by it and expresses something common to particular personality types from all over the world.


6) What role does community play in what you do?
Community in the sense of my specific locality is not so important to what I do; I am quite happy where I live but feel the music I produce is for audiences that include people much further afield.
In the sense of the online community, the digital revolution has meant I am able to get my music heard by people with similar interests and tastes from all over the world. The kind of music I produce could be described as being for a niche market, but when looked at with a global view that becomes much more significant. In a sense it becomes a global community of like-minded music fans.
The online community and social networks have meant I am able to do things very differently to how I was 10 or 15 years ago. The collaborations mentioned earlier came about this way.


7) What is next for what you do?
I think that is answered in question 2, ultimately I’d just like the opportunity to get my music heard by a few people who appreciate it, if the number of those people grow then all the better.

Have a wee"The Answering Smile" below and, if you like what you hear, please do your bit to support both Adrian Lane and Preserved Sound.


Posted by weareallghosts at 8:49 pm