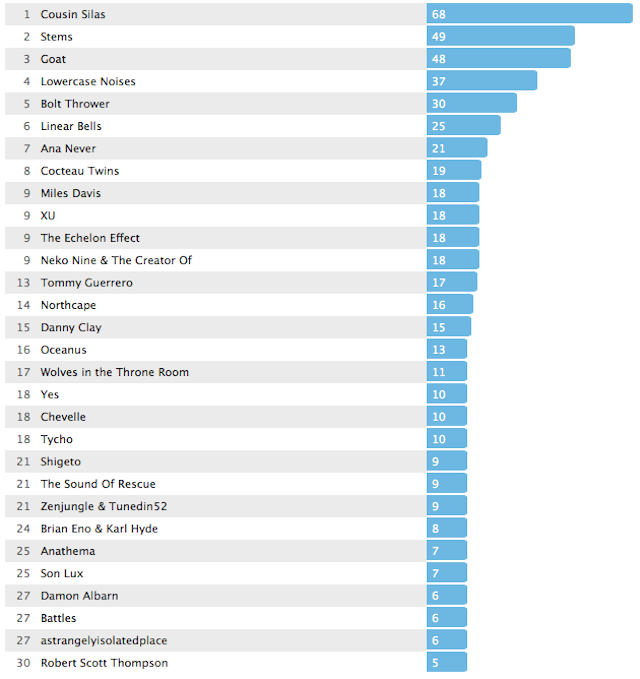 Here's what digital music I listened to in July, 2013.

Highlights include the upcoming *physical* release of 'The Sound of Silas' from Cousin Silas ... expertly mastered by Tim Jones. It features a number of previously released tracks that have been remastered along with some new music. It'll be a double CD and one of the highlights of my 2014.

Other highlights include Stems' album on Fluttery and Goat's album from 2013 ... love me some psychedelic rock right now.

Really enjoying the new Tommy Guerrero album too ... his sound has really matured and developed, and its great to hear the evolution in tone and expression ... wonderful, in fact.

There really is some great music out there. Every artist on this list is well, well worth checking out ... in their own unique way ... apart from the new YES album which is pretty bland and dull, to be honest.

Tx
Posted by weareallghosts at 11:05 pm