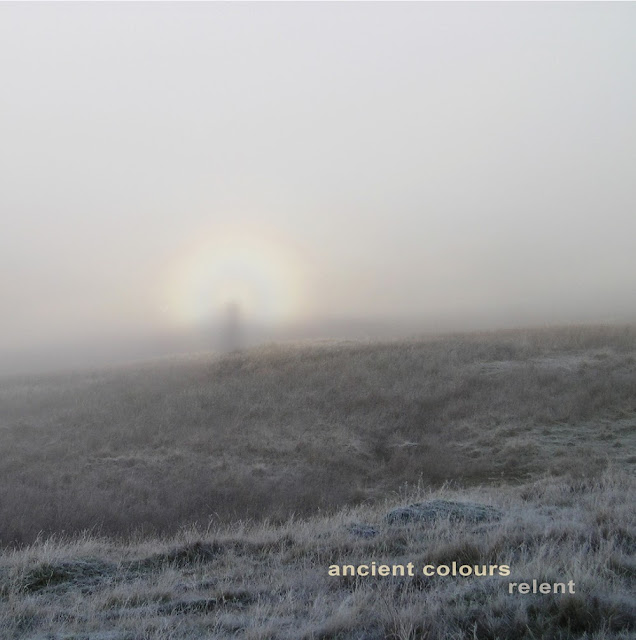 As part of my focus on the label Preserved Sound, I'm pleased to feature an interview with Simon Allum aka Ancient Colours ... an artist whose work I really am looking forward to checking out.

1) Who are you and what do you do?
Simon Allum aka Ancient Colours


2) What are you working on at the moment?
I’m currently working on the second Ancient Colours album for Preserved Sound. Recording will begin on Orkney in July, which I’m very excited about. Hopefully it’ll be ready for an autumn release. Working titles include Pixie of Metro-Land & Owlswick on my mind.


3) Who inspires you?
- Name an artist who has inspired you.
The answer to this could run to several pages and I still wouldn’t be happy with it so I’ve tried to whittle it down to a vital list. You may or may not be able to detect these influences in Ancient Colours records, but these people, in particular, have inspired me to create music:


In terms of guitarists, my favourites are Maurice Deebank, Bert Jansch & Jimmy Page.

- Name a place that has inspired you.
Again this list could be huge, but the places that have generated the most inspiration in writing music for Ancient Colours are:

- Name some "thing" that has inspired you.
The human condition, the elements, the esoteric, the night sky, the early hours of the morning, travel, various prehistoric monuments and landscapes and the thoughts and feelings I have whilst amongst them, maps, unusual tunings, the countryside and finding a really good jumper.


4) What drives you to do what you do?
I think it’s essentially a desire to communicate, but if so I’m unsure what it is I’m trying to say. If there is meaning behind any of the music I create, its really about everything and nothing at the same time. Imagery, feeling, and mood are important.

I often feel that there is a magical element, for want of a better word, to some of the music that I love. It’s often vague and fleeting, but some pieces of music seem to contain something extra special. I suppose my hope is to generate some of whatever that is in the music I create too. I like the thought of something otherworldy & timeless, music that creates a world of its own.


5) What values do you wish your creativity to express?
I’m not sure about values, but to complement or encourage certain moods/states of mind. I’d like to think it could make somebody in a bad situation feel better, comforted, perhaps less alone in whatever they might be going through. Also, maybe an aid to thought, or a soundtrack for a journey, of any kind. I tend to think of Ancient Colours as music to be played at night, or in the early morning.


6) What role does community play in what you do?
Very little. Or, more accurately, none whatsoever. I’ve never been or wanted to be part of any sort of musical community or scene. The music is for individuals, not groups or types of people.


7) What is next for what you do?
Completing the 2nd album and playing the first Ancient Colours live shows. I’ve hesitated to play live so far with this project, as I’d like the gigs to be special, perhaps in unusual or interesting locations. Other than that, more writing and the continuing quest to track down the perfect jumper.

I really do hope you find that perfect jumper, Simon! I thought I had ... a lovely secondhand, grey Merino wool sweater ... until my wife spotted a wee hole.

I have embedded "Relent" below for your listening pleasure ... as before, I would ask that if it is your thing that you buy it and support both Simon and Preserved Sound.