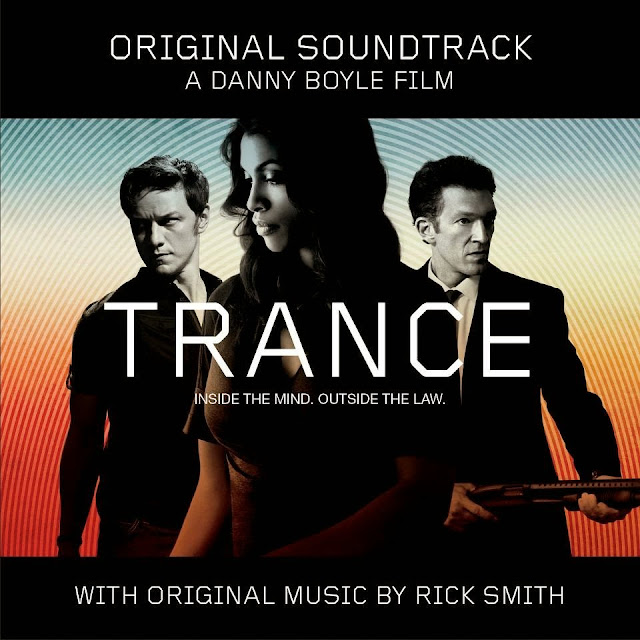 Soundtracks that feature other people's music can be a bit hit or miss. Whilst I prefer to hear music specifically composed as backing, I do appreciate the placement of the right song to catch the mood.

"Trance", the accompaniment to Danny Boyle's film, features an exemplary combination of music specifically composed by Rick Smith from Underworld and tracks from Moby, UNKLE and M-People (yes, M-People). I really enjoy the sequencing of tracks on this release: both composed and chosen work well to build atmosphere and emotion, making the soundtrack stand well on its own as a delightful mixtape.

Posted by weareallghosts at 8:23 pm