I've become obsessed with the fab music site bandcamp. Their approach is to give artists their own pages - the sites are distinctly and uniquely the artists' own. Bandcamp are the enabler, the market-maker, without interfering too much. I like that!

The majority of tunes I have downloaded have been in the post-rock and electronica sub-genres. Some I have paid for... and some I have downloaded for free. I love the fact that I can pay-what-I-want or download for free... and that the artist has the choice as to how they are remunerated.

This is artist-to-fan in as direct a manner as possible... in some cases even cutting out the record label. I believe this is the future of music.

Anyway... here's the first five albums that have grabbed my attention: First up is Matt Stevens with his second album "Ghost". Matt creates some fantastic acoustic guitar orientated soundscapes of which I have become a big fan... since I discovered his previous album "Echo" (which is also available from his bandcamp page and well worth checking out). Matt has really revitalised the "Spanish guitar" for me... just as Rodrigo Y Gabriela did when I discovered them... but takes it further with his adept loops and (in places) quirky electronics and the ubiquitous (and loved) glockenspiel. I think his albums will be a memorable part of our Paris-Scarborough roadtrip later in the month. 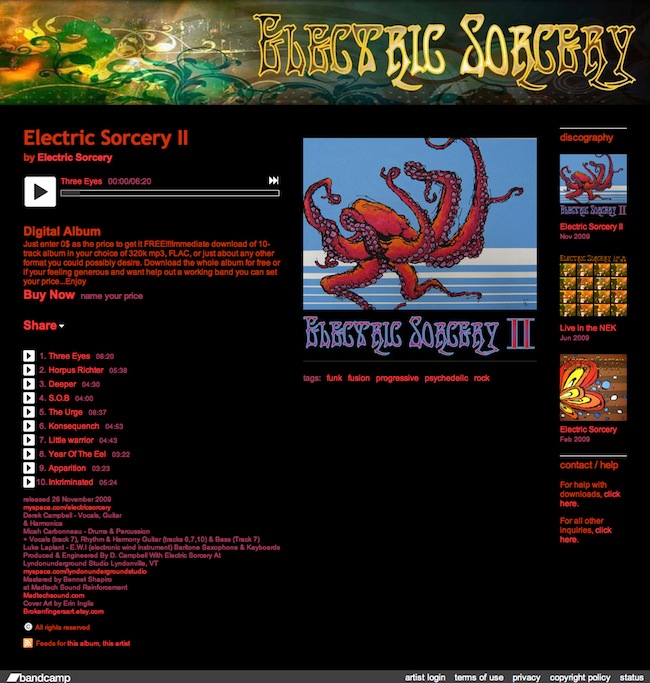 Next up is some awesome progressive rock from a band called Electric Sorcery. Their fusion and mastery of multiple genres makes for an entertaining and heady mix. Dubby. Funky. Hard-rocky. Their tunes on "Electric Sorcery" and "Electric Sorcery II" are infectious... and wonderfully delicious. Well worth checking out... even if you are prejudiced towards all things "prog rock". 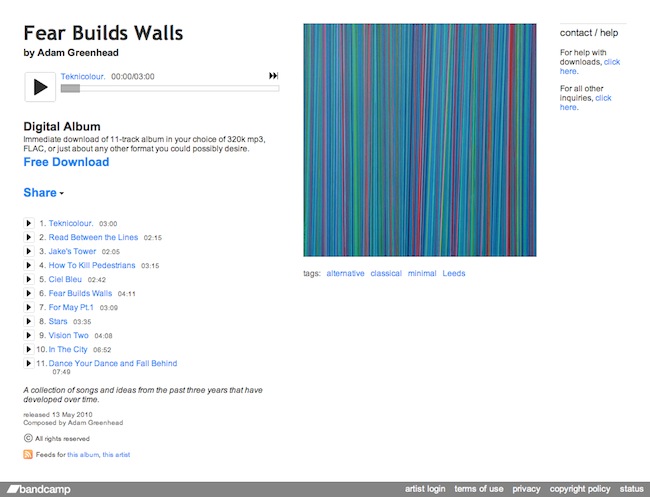 Adam Greenhead's track "how to kill pedestrians" has appeared on one of my mixtapes... I'm a sucker for a glockenspiel, afterall. Adam's music centres around the piano which makes for wonderfully catchy and unique tuneage... livelier than "ambient"... his work reminds me of earlier Moby for some reason. Fab instrumental music without any distinct genre... and stronger as a result. 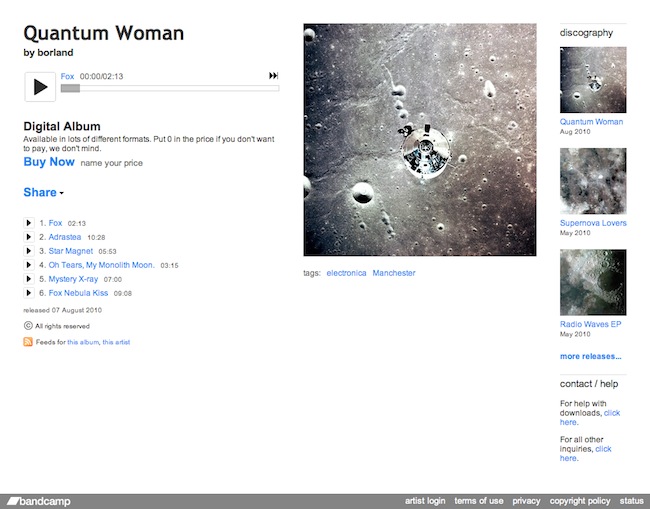 Moving into more ambient electronic realms are a band called Borland who I found out about through my friend Radio Scotvoid. They are my kind of electronica with their immersive glitchy synth-orientated soundscapes, sequences and crisp beats. Their albums Quantum Woman (above) and Supernova Lovers (below) deserve a place on your iPod. 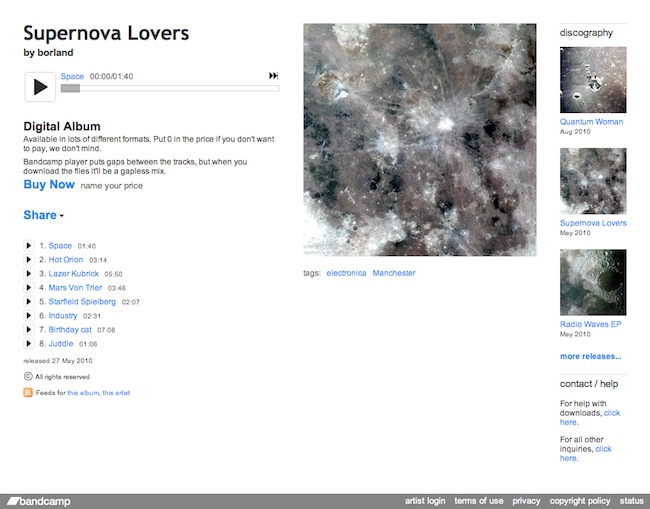 Please check them out and support truly wonderful independent music.

Posted by weareallghosts at 8:52 pm

Thanks loads for posting this man