Machines for the New Dawn... an interview with Adam Greenhead pt2 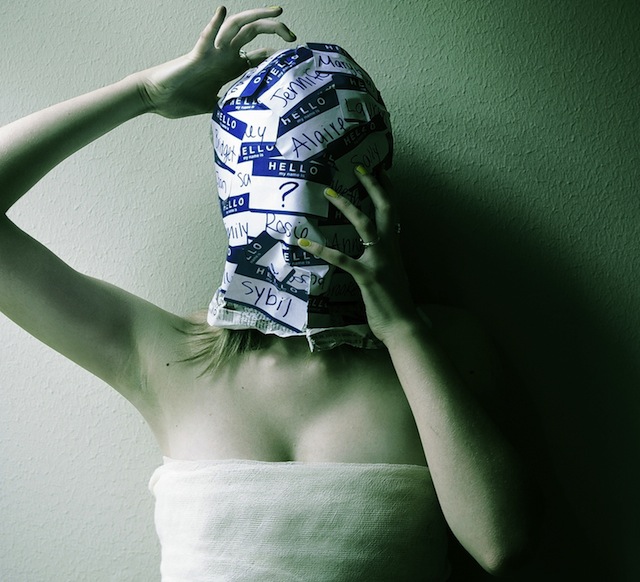 Yesterday I posted the first part of my interview with Adam Greenhead aka Coloured Lines where we talked about his new album "Machines for the New Dawn". Here is the concluding part of the interview.

TM) I love the beats in this album ... nice and chunky. They compliment the melodies played on the piano. What/who are your influences for the soundscapes and atmospheres on this album?

AG) I'm glad you liked them. A lot of the songs are fairly slow so I wanted to compensate this with thick chunky drums. There are a lot of influences in this album spanning many different genres. I also have an influence of Reich and Glass in my works but with this album I wanted to extend beyond that. One new but very prominent influence on this album has to be that of Four Tet. I came across his album 'There Is Love In You' on Spotify and instantly fell in love with his production and his brilliant song writing. There is also a big influence from Radiohead, particularly from their album 'The King of Limbs'. I loved the fact that the drums on that album are over dubbed various times and mixed with samples and other percussion. I like the idea of two drummers playing in a band using counter rhythms and counterpoint to the songs and loved 'Live At The Basement' sessions when Radiohead did this.

TM) You have recorded music with your band "sawsound", with violinist Chrissie Caulfield and collaboratively under the banner of "the ambient league" ... how have these experiences shaped this recording?

A5) Working with other musicians is simply fantastic and is the reason I became a musician. You can meet someone you know nothing about, play music together and in an instant have a connection with them. Other musicians will always open up new doors to your creativity and your musical tastes and for me it is important to have that to develop and grow. When I first started playing and jamming with Chrissie Caulfield I was immediately intimidated by how fantastic a musician she was. I didn't think I would be able to connect with her musically as I was afraid I didn't know enough but she was very patient and made me feel relaxed. All of a sudden we started playing this music and it was so liberating to have no boundaries and to express what my fingers wanted to hear. It's important to realise that you don't have to write music to please people in a specific way. If you're comfortable with your approach to the way you write then the rest will fall into place and you find that people do actually like what you're doing too. I also take on board what other musicians teach me and I think that reflects in this album as it is a lot more mature than my first attempt 'Fear Builds Walls'.

TM) With the high notes of "photophobia" you must wear very tight underpants ... your choice of falsetto is a brave one ... it can go wrong but thankfully in this recording it hasn't ... in fact its simply beautiful ... please explain why you chose this range? Is it by choice or is it your natural range?

AG) When I was a young boy I was a treble and enjoyed singing a lot. As a young man I lost that ability quite a lot and stopped singing for a long time. I discovered a band called Wild Beasts in 2007 and fell in love with their leader singer Hayden Thorpe and his falsetto voice. I was trying to build my voice back up again and make it stronger and knew I was afraid to really show others that this is how I enjoyed to sing. It is not really a strong point of mine anymore but decided to take a big risk and use it on the album. I think it hasn't come back to bite me yet but I'm not sure I would use it again. However, since then I have heard more and more male singers use it and I think it sounds great e.g. Temper Trap, Thom Yorke and Wild Beasts to name a few.

TM) I love the album art. Describe, for me please, the concept and talk about the execution... who is the picture by?

AG) All the pictures on the album are by Holly Henry, a young lady from Texas, USA. She very kindly offered to let me use her artwork and I was blown away by it when I first saw it. I like to relate images back to my music as I believe that an album is not just about the music but an artistic creation as a whole. By that what I means is when I look at an album I always check the cover to see how it relates to the music. For instance, I have always been a big fan of Storm Thorgerson and feel his artwork matches the mood of Pink Floyd's music to perfection. The album as you know is political and I wanted to choose pictures that shocked the listener. These pictures contain a lot of fear and anger in them and there is a lot of fear and anger in the people around us at the moment and at each other. This is almost a self reflection on this and shows we need to change our attitudes towards one another.

TM) What's next for Adam and Coloured Lines? Will you repeat the process? Have you considered a remix album utilising all the talent we know within our shared twitter community?

AG) What's next? That is a difficult one. I am intending to begin my Masters in Digital Music in September if I can afford to and develop my knowledge further. As far as Coloured Lines is concerned I am not sure. I am still writing and playing with Sawsound currently and am also in a band called In Between Echoes which is a funk band based in Leeds. We have signed a manager and are seeing how things are going from there at the moment. We're not that well know yet so we're working on that by gigging around Yorkshire and further a field and have had some positive feedback so far. I also have an idea for an opera in mind which I am aching to begin. It may sound crazy but I am looking for funding to be able to make this a possibility and the ultimate goal would be to get its premier at the Proms! I'm not sure if that is too ambitious or not at this stage but what I can say is this is a mix between opera, electronic music and a live band so I'm not sure how easy it will be. I do have some plans to write a new EP or album but I am going to release a remix EP with a new song on too. I have one remix already by the fantastic Ambienteer but I need more. So if anyone does want to do a remix I would feel very honoured.

Thanks Adam! I can't wait to hear the Opera!

Now c'mon folks... if you want to remix a track from Machines for the New Dawn give Adam a shout or leave a comment on here... I would love to hear where other ambient and electronic musicians could take Adam's wonderful music.

Machines for the New Dawn is available now from Bandcamp. The album can be downloaded for free or  a physical copy on CD can be purchased for £4. A Limited Edition USB with .wav files and CD Digipack is also available for £12.

Have a listen below:

Posted by weareallghosts at 9:00 pm