The artwork for the latest Cousin Silas release... 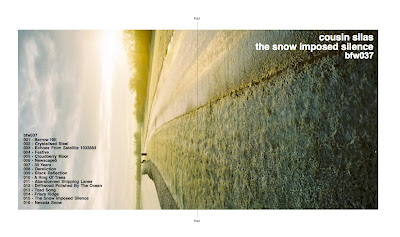 I mentioned on Saturday about the album cover I was asked to collaborate on. Well... above is the final draft of the insert for the snow imposed silence.

It is based on this picture...

...which is one of my faves from the Minolta I was given last year. It was Cousin Silas' idea to put it on its side and, by doing so, abstract it. I really like how it works. 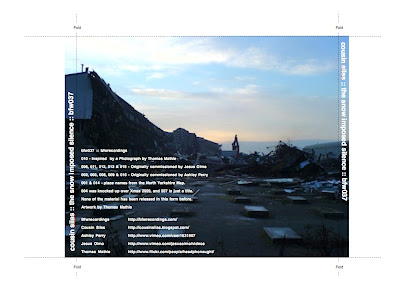 It was taken with my then cameraphone... the Sony Ericsson K750.

I am really pleased with the *hopefully* end result... and look forward to letting you all know when the snow imposed silence will be released.

Thanks to everyone who supported me on this.

Email ThisBlogThis!Share to TwitterShare to FacebookShare to Pinterest
Labels: design, My world, photography

That is some fantastic work there my friend

Hey everyone... thank you for your support & encouragement. You have to grab those opportunities when they come, you know.