New Tunes :: beneath us, the waves' liquid ship live bootleg 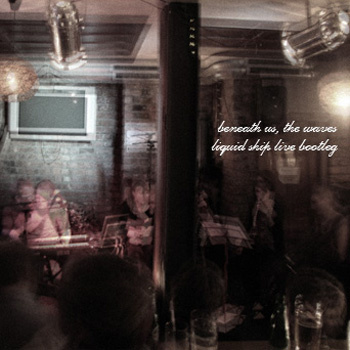 Been following the work of Neil Milton aka beneath us, the waves... since he DJ'd at the first Twestival in Glasgow. I am particularly fond of the track elegy for tramway and featured it on my first mixtape.

Anyway... Neil & co held their first live performance on the 1st April 2010... and have released the tracks recorded "by an off-stage stereo microphone" as a bootleg download.

Well worth checking out here. Can't wait to hear the album when its released.

Posted by weareallghosts at 11:32 pm