Classic Albums: "...and justice for all" 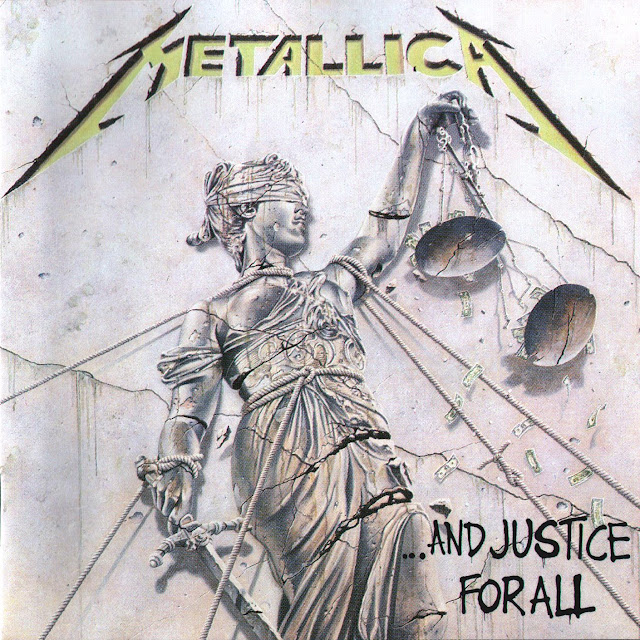 I listen to a whole heap of new music that it is always refreshing to relisten to a 'classic' album that I haven't heard for a while... and try to hear it with 'new ears'. So with this in mind... I'm going to try and work through my iPods... A - Z... and pick out some music that I consider 'classic'.

To get the ball rolling... the first A album is: '...and justice for all' by Metallica... it is their fourth studio album and the first one to feature Jason Newstead on bass.

I, for one, love this album... it has a deftness of touch that marks it out: it is heavy in places and melodic in places... but it's not too heavy and not too melodic... it's just right. I love the time signatures and James Hetfield's earnest vocals too... they really work for me.

'One' is a stand out track... something I remember from it's release. I remember buying the video on videotape and watching it repeatedly... I didn't have MTV when I was a we'an.

I never really connected with Metallica again after '...and justice for all'. Only that and 'ride the lightning' really spoke to me. I had (have) both of them on vinyl and played them constantly.

It is a great record and one I'd recommend.