I'm off work today ... the effects of a bad cold are working through me ... so I'm catching up with some tunes.

For some reason I began my day listening to 'The Lord of the Rings - The Two Towers' score on my old Minidisc player. I wanted to see if it still worked after reading an essay on tech lust and planned obsolescence. It has been gather dust since I started on the iPod journey and, well, it does still work and what's more... it sounded fab. ATRAC isn't lossless by any means... it works out about 292kbps which is less than the 320kbps I insist as a minimum for MP3 nowadays... but somehow it sounded better. No idea how... but it intrigued me.

Anyways... been catching up on some sounds: 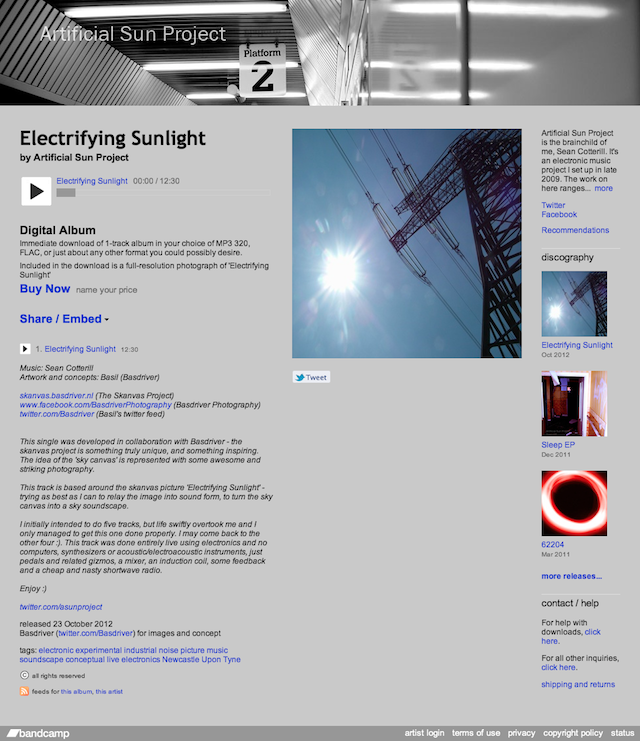 First up we have a new single-track release from Sean Cotterill aka Artificial Sun Project. I'll let his blurb describe the track:

This single was developed in collaboration with Basdriver - the skanvas project is something truly unique, and something inspiring. The idea of the 'sky canvas' is represented with some awesome and striking photography.

This track is based around the skanvas picture ''Electrifying Sunlight' - trying as best as I can to relay the image into sound form, to turn the sky canvas into a sky soundscape.

I initially intended to do five tracks, but life swiftly overtook me and I only managed to get this one done properly. I may come back to the other four :). This track was done entirely live using electronics and no computers, synthesizers or acoustic/electroacoustic instruments, just pedals and related gizmos, a mixer, an induction coil, some feedback and a cheap and nasty shortwave radio.

It makes for an interesting and, at times, challenging listening experience but it is well worth checking out. Glad to see Basil's photography used so eloquently too. 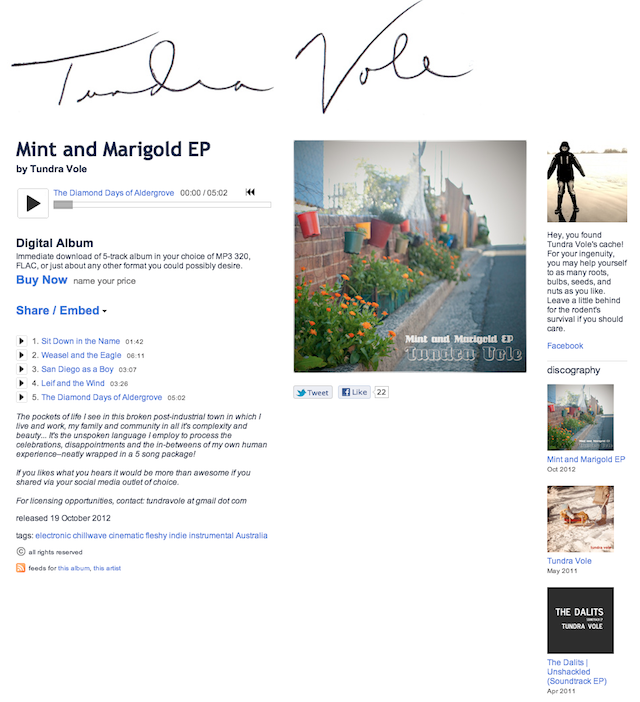 Next up we have some interesting indie 'chill wave' from Tundra Vole. He's released a new recording entitled "Mint and Marigold EP" that is something special and worth checking out. It has a post-work vibe about it... nice and chilled but with a bit of energy left for what's to come when we play... and I really like it. 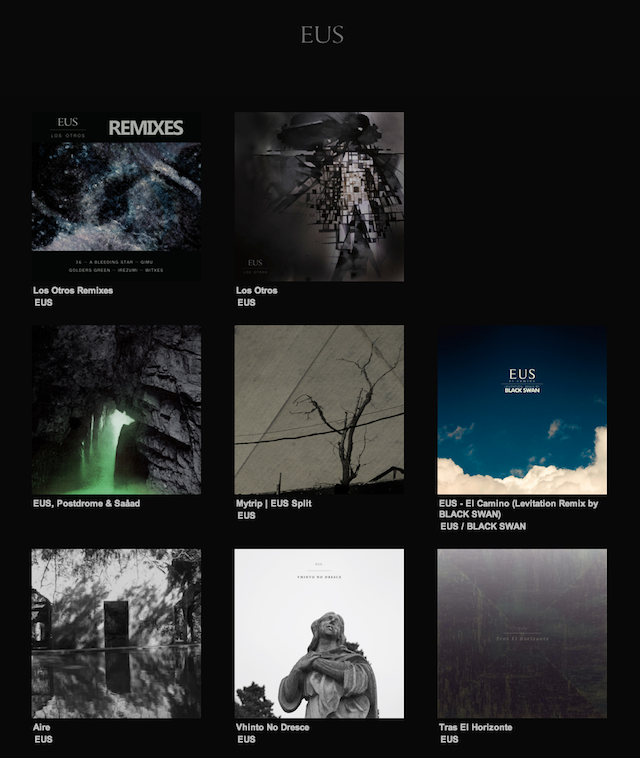 Costa Rican purveyors of dark ambient - EUS - have been really busy or I have a blindspot on my radar. They've released some new music in the form of a collaboration between themselves, Postdrome and Saåad entitled "Sustained Layers"... as well as a new release entitled "Los Otros" ... which has recently been remixed by the likes of Gimu and Wixtes. Well worth exploring if dark, droning ambient electronic soundscapes are your thing.

My thanks to Emily for the heads-up. 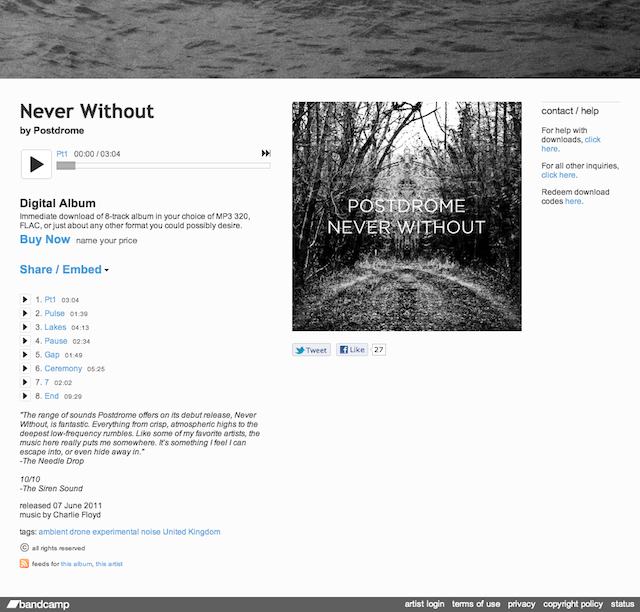 Lastly we have "Never Without" by Postdrome. I found them through downloading the releases mentioned above from / including EUS.

Protip:
If you use Bandcamp, use your recommendations to share 'the love'. Fans, like me, love it.

More of the dark, droning ambient electronic soundscapes that I just love. Not necessarily easy listening but definitely interesting listening.

That's me for now ... off to see if it is in fact my nose that is running and not my brain leaking.

Posted by weareallghosts at 11:51 am