Canaveral Dreams has been released 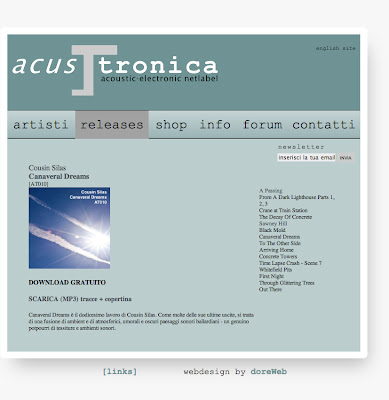 Whilst I was away... Cousin Silas has released his 12th album :: "Canaveral Dreams" :: on the Italian netlabel acustronica. I would well recommend this release but then... I did do the artwork for it.

Here are some thoughts on the album... provided to the man himself as feedback a few months back:


If you like ambient electronica then please check this album out. Truly fantastic.