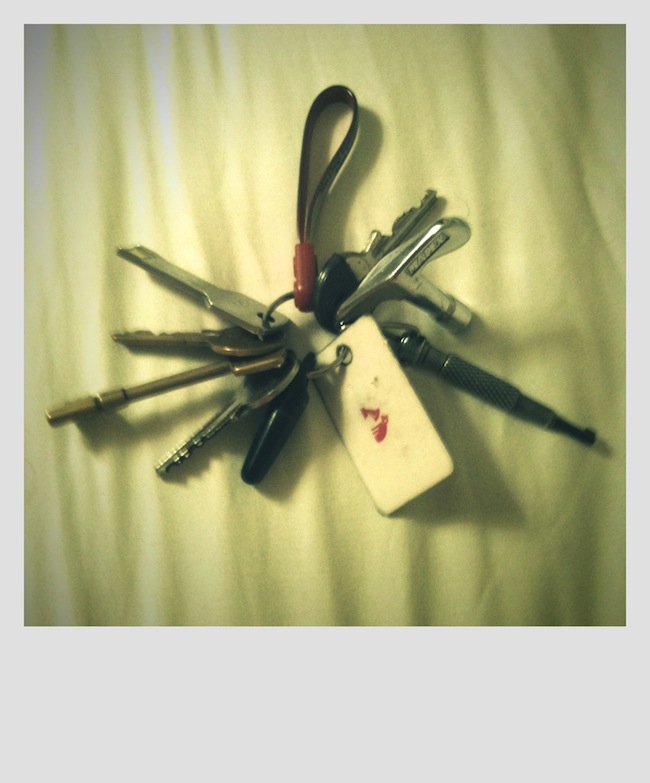 They say you can tell a lot about a woman from the contents of her handbag but not being a woman or the carrier of a handbag (I can't find one to match the Commissioner's overalls) this doesn't really work too well! I do carry keys though, and these can illustrate my pocket personality - who I am...


But not everything I am is summed up on my keyring. I am happy, saved and free. I am a Christian. I am loved. I am blessed. I am handsome. I am funny (see previous point!) but most of all - I am me...

Well said! What a novel way to talk about your life and what is important to you. We do try to keep handy the means of access to essential parts of our lives and it is good to review why they are there.