Its been a wee while since I did a round-up of what's floating my boat on bandcamp... so inevitably, I have a ton of good stuff to pass on. 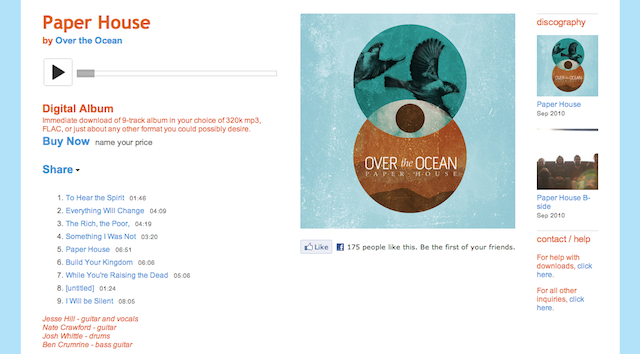 First off is an album that has grasped me and not let go... "Paper House" by Over The Ocean is almost too good for words. It is a collection of wonderfully engaging rock and post-rock songs with deeply spiritual lyrical content delivered with a passionate rawness that is just simply enthralling. I can see myself singing these songs... I feel them... I connect with them. Truly awesome. I feel so blessed to have found them on bandcamp. I hope you will think so too. 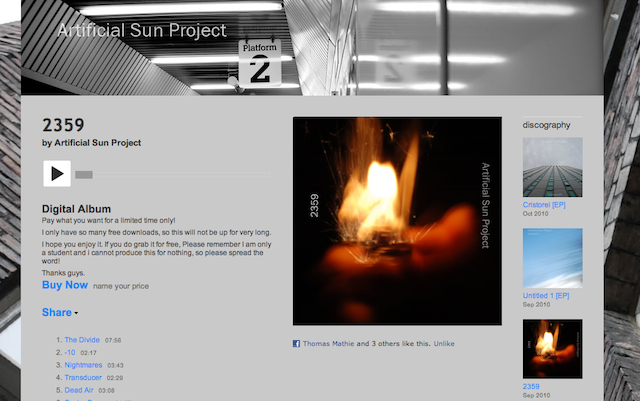 Next up is a complex and wonderfully layered slice of imaginative electronica from a twitter friend :: "2359" by artificial sun project is a great example of what is possible... and where electronic music can be taken. Blending dark synth drones, sparse beats and dissonant bleeps with uplifting ambience, found sounds and the odd guitar to create a synergistic soundtrack for now that is beyond claustrophobic classification. It just all comes together and sounds fab. 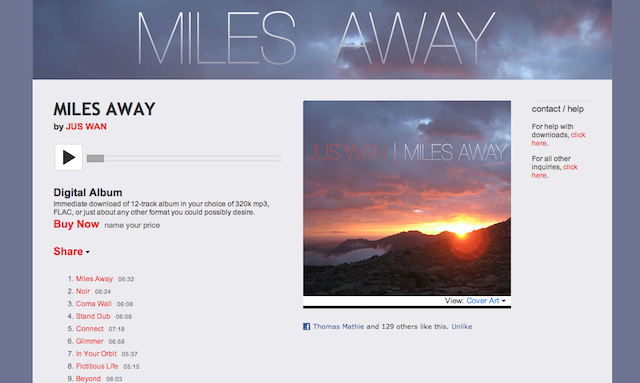 "Miles Away" by Jus Wan is something different for me... something electronic and dubby with a vibrant, crisp techno flavouring. I find it moving headphone music that is truly hypnotic. 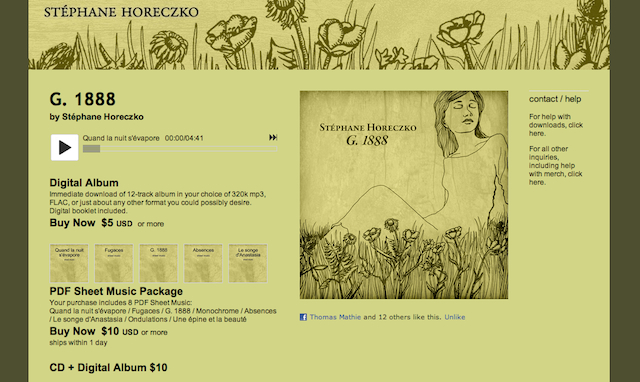 Changing moods to something more romantic... is "G. 1888" by Stéphane Horeczko. The majority of this album contains the most delightful solo piano playing that is engaging, bright and sensuous. The addition of the saxophone on two tracks takes the romantic notion to a greater level. I know that probably sounds corny but it does. It empowers this slice of neo-classical expression with a warmth... that reminds me of the great soundtracks... but recontextualised with the passion and immediacy of a pair of star-crossed lovers. Truly wonderful. 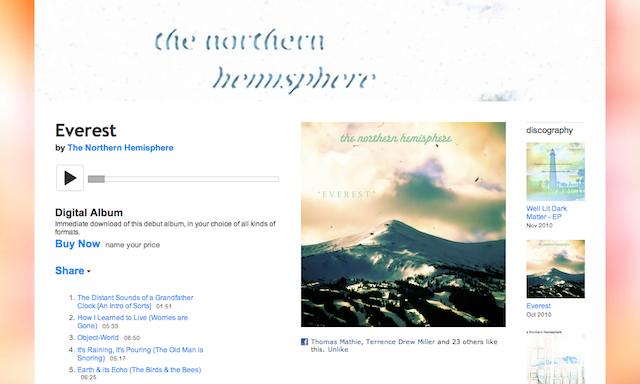 Last up but by no means least in this five is "Everest" by The Northern Hemisphere which has a majesty of sound and imagination evocative of the highest mountain in the world. The soundscapes created by another of my twitter friends are wondrous indeed... they engage me, as the listener. There is a sense of intentionality that comes through the music... more ambient than post-rock... no theme is over-used nor is there overt noise for the sake of a climatic ending. This is different... splendid ambient subtleties with, at times, the spatter of percussion. Recommended.

Pay what you want
Posted by weareallghosts at 1:43 pm