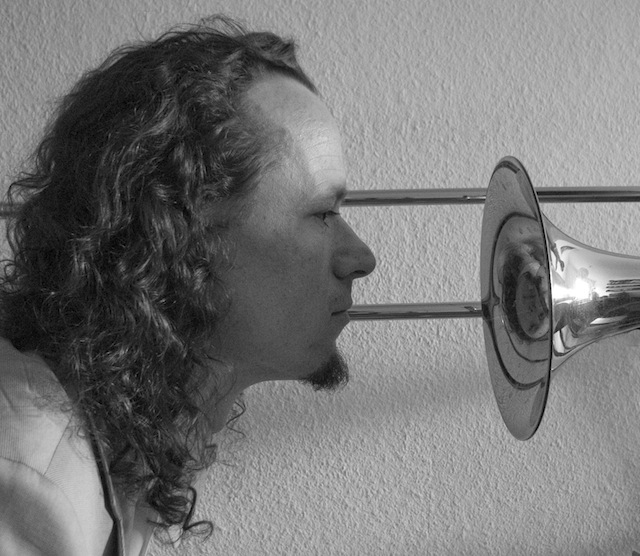 I have gotten to know Rainer Straschill through the wonderful Twitter community that we both participate in for independent musicians on bandcamp. He is a unique voice in the community and his music demonstrates this uniqueness.

I am grateful that Rainer has taken time out to answer my seven questions:

The short answer: I'm a person,residing in München (Munich), Germany, with a craving for the slightly odd things . I play music and have a day job in automotive chassis electronics.

The slightly longer one (from here: http://moinlabs.de/index.php?id=291):

Apart from that, Straschill has learned to more or less master the trombone, alto and soprano sax, guitars and bass guitars as well as various devices and computer-based systems for the realtime generation and modification of sound.

Starting in 2000, Straschill has focused on the creation of freely improvised material exclusively. In his solo shows, Straschill combines the input of piano, synthesizers, drum machines, his signature "weirdbass" and saxophones and trombone with the processing of dedicated devices, computers and loop recorders (dubbed by Straschill as "komische Elektronik") to an output which defies any stilistic qualification. Audients at his shows found themselves confronted with a vast crossover of abstract experimental eletronica, singer-songwriter stylings, drum'n'bass breakbeats and minimal noise.

In 2010, composed material (both for solo performances and for ensembles) has started to establish itself again in Straschill's work.

In his other life, Straschill works as an expert for automotive electronics. He holds a red belt in Tae Kwon-Do and has participated in various competitions and tournaments in fencing, boxing and sailing.

The second part of my "Akustik Kies" piano solo double album, entitled "Reflexiv Hören". The double album is a compilation of recordings from my MoinSound Studio Sessions (see below) in 2010. While the first part, "Transitiv Sehen" (http://moinlabs.de/index.php?id=288) includes material that's only unprocessed acoustic grand piano, the second part will include all of the usual "komische Elektronik" processing.

Thomas Pynchon, for an unusual strategy in engaging with his fan base

None, really. It's just art for its own sake.

First of all, as a rather self-reliant artist not economically dependent on the success of his art, I'm luckily in a position that I don't need to get a lot of people to enjoy what I do to be able to enjoy it myself (or to make ends meet in any way). That being said, The community (in the widest sense) has greatly influenced what I do, and continues to do so. This is, in addition to my oldskool social surroundings (read: friends and/or musicians I know and have contact with in person), mainly based on two internet-based sources:

i), the Looper's Delight Mailing List (www.loopers-delight.com) to which I have been subscribed since 1997 (!), and which, in addition to being the number one info source on live looping, is also a very knowledgeable and musically diverse group of individuals.

Generally, and taking into account the introductory statement above, the greater community gives inspiration (by pointing out, or by consisting of, great artists), tech recommendations, both for music gear/software and internet-based services interesting to musicians, and also suggestions as on what to work on next. I still lack a good source of high-quality constructive critizism, though.

Undecided, as of yet... short-time:
And, as said before, the MoinSound Studio Sessions do continue.