Loving... 'Beneath a tree' by Swaying Smoke 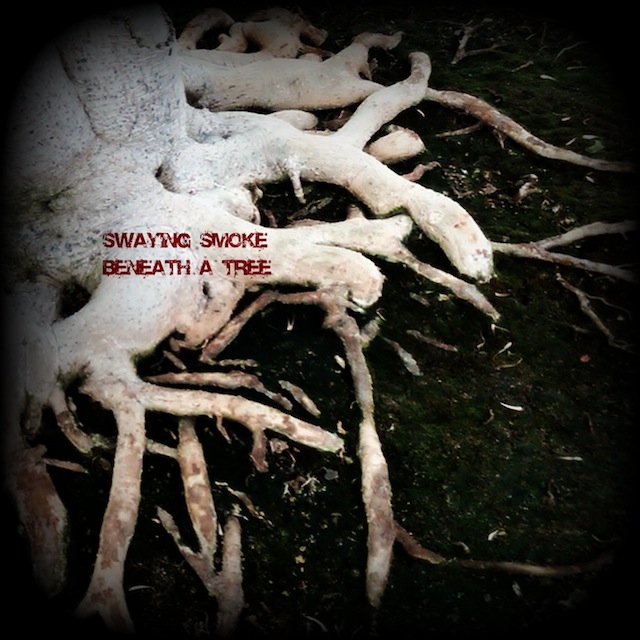 Swaying Smoke aka James Lowery is an ambient electronic artist who specialises in dark, dramatic dronescapes. He has a new album due to drop very soon on the aRew recordings netlabel entitled "Beneath a tree" and was kind enough to give me a wee preview (after I pretty much begged him on twitter).

Drones aren't for everyone but I find Lowery's soundscapes wonderfully engaging: they entice me in with their apparent simplicity then surprise me with their detail and crafted structure. He creates wonderfully immersive ambience without labouring the point... the themes he explores are not over-played nor are they given lip-service... he dives deep, makes his point and then doesn't hang around... creating tracks that last between 3 and 7 minutes... tracks that are given sufficient space to become without being over-done. I really do like that and welcome it in a genre that can labouring a point.

There is, as mentioned above, a dramatic darkness about Lowery's music... more late-night uncertainty than inherent morbidity... and it is in this darkness that Lowery explores hidden and unseen spaces.

"Proof is not enough", for example, has a film-noir quality... with an echoing motif that could be easily mistaken for a footstep reverberating within a confined tunnel... before droning synths take over. Its as if the protagonist is in hiding and the world around him is continuing... with the subtle 'nee nah nee nah' refrain floating passed that reminds me of sirens from Emergency Service vehicles... a sound that is very 'bladerunner-esque' in nature.

There is a feeling of unease that pervades the music... that 'Lovecraftian' feeling of being somewhere alien and yet it feels somehow familiar. I guess this is why I love Lowery's music and this album in particular... it is a progression from his earlier work and a welcome addition to my collection.