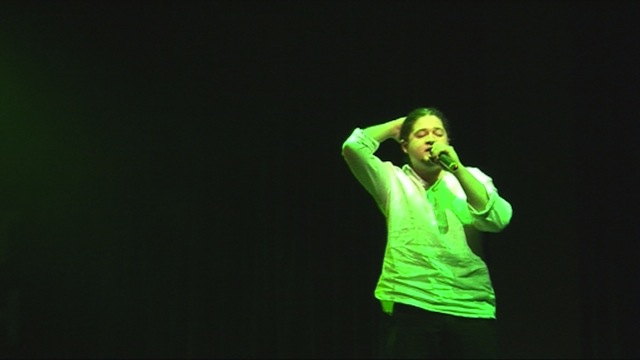 Gurusoul aka Chris Dickins creates fantastic soundscapes that bring together passionate vocals and  distinctive downtempo electronica to encapsulate the sound of now.

I met Chris on Twitter and was instantly taken with the music he shared with me... it reminded me of Spacek... so we got talking and, long story short, I invited him to answer my seven questions... this is what he had to say:

1) Who are you and what do you do?
My real name is Chris Dickins and I produce music under the name Gurusoul.
In summary, the genre is downtempo electronic music but I like to draw ideas from different genres where I can. I like the freedom electronic music production gives you to experiment and improvise; its now possible to create rhythm and melody from almost anything so I dont need to limit myself to traditional instruments the way I used to. Nowadays, if it makes a cool noise i'll record it!

I also organise and take part in Performing Arts events in my local area, collaborating with established artists and/or people wanting to get involved in Arts in the community for the first time.

2) What are you working on at the moment?
2011 has been the year for getting my music heard for the first time. My debut album "Burn My Star" has been available to download since June and im currently working on developing new songs for a live set, which I can then take to the stage next year and start gigging again. Its always a challenge for a solo artist to find ways to create an interesting live show but im looking forward to it.

I want the live experience to be an integral part of what Gurusoul is. I have a background in the Performing Arts which will hopefully come through in my shows; the social atmosphere of a live gig combined with the drama and storytelling aspect of Theatre performance is what i'm looking for.

3) Who inspires you?
- Name an artist who has inspired you.
There are a huge amount of people who inspire me to keep doing this, not all of them are artists but a recent one I've discovered is David Toop. I've been reading his books this year, starting with "Ocean of Sound" whichI cant recommend enough to any musicians or producers who might be reading this; it validated a lot of the different ways I have been thinking about music in recent years. It has also inspired me to travel more; I'm beginning to see how important travelling is for growing artists.

- Name place that has inspired you.
I must admit I havent done a great deal of travelling yet, but a few years ago I spent a week in Budapest for the Sziget festival. Any festival goer needs to get this one under the belt, i've never seen so much variety in one place and nowhere I have been since has come close. I was blown away by the band lineup originally but it was the sheer amount of different Arts available on show that makes me want to go back.

In fact, the most moving thing I saw there was "Carillon" by KITONB, an Italian Theatre company. One of the most inspiring shows I've ever seen. If I ever put on a show half as good as that i'll be happy!

- Name some "thing" that has inspired you.
The fact that in 2011, I can pick up a laptop and flesh out my musical ideas, share them with the world, organise live performances and network with other artists all over the world 24 hours a day. I know its a geeky answer but I guess what I'm saying is technology is an inspiring thing now. I can demonstrate a passion for what I do which can be seen across the world. I currently have more listeners in other countries worldwide than I do here in the UK!

4) What drives you to do what you do?
Im quite an ambitious, passionate person when it comes to this stuff, and its really just because I love the industry and all that's involved; weeks upon weeks of rehearsals where anything and everything goes wrong, waking up in the middle of the night and running to the nearest microphone/guitar to record an idea, the audience's applause (when there's an audience of course), selling the first ticket, running around town with posters and flyers, you get the idea!

In an interview for a Theatre job I was asked "What about the boring stuff? Are you ok with all that?" I told them "It's not boring."

5) What values do you wish your creativity to express? 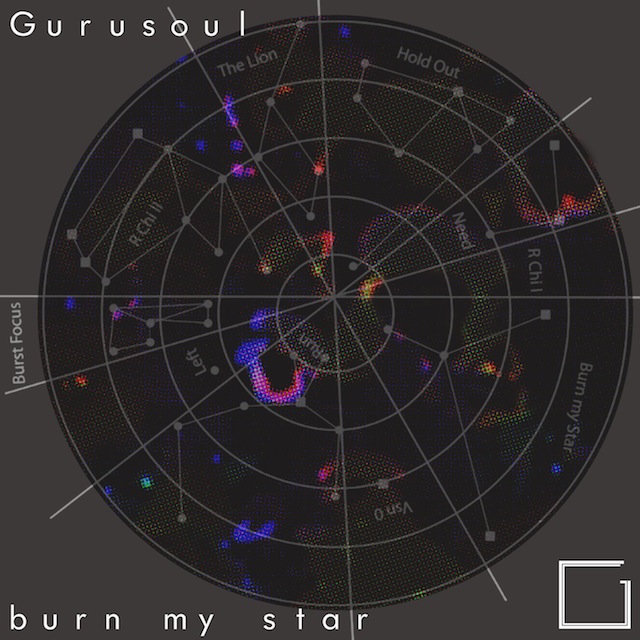 6) What role does community play in what you do?
Music is able to form its own social groups and communities, learning about music is learning about the world so its huge for me. Im looking forward to seeing how different venues in different communities respond to me when I perform live.

As for my work in Theatre, the community is the entire focus! The creative process from planning to rehearsal to performance turns groups of total strangers into families in a matter of weeks. I don't know anywhere else that can do that.

7) What is next for what you do?
My performance company have their next show at the Stafford Gatehouse Theatre on the 7th November 2011, it's called Controlled Illusion and includes brand new Gurusoul material that will hopefully find its way onto a release next year. Im also looking forward to the very first Gurusoul gigs, i'll play literally anywhere so anyone can get in touch for a booking!

I'm going to do as much as I can to push my creativity as far as it can go and hopefully help people and small businesses in the process. You can talk about the economy and financial restrictions as much as you want; the artistic process begins and ends with people getting together and asking the big questions, celebrating life or having a pop at it. I still have plenty of things I need to ask, celebrate and moan about so im not slowing down any time soon!

Oh and you can also see what my Company is up to at Standingtone.

I've embedded the bandcamp player for "burn my star" below... please take some time out to listen to it and support independent music.

"Burn My Star" is available at bandcamp... pay what you want.

Posted by weareallghosts at 11:15 pm