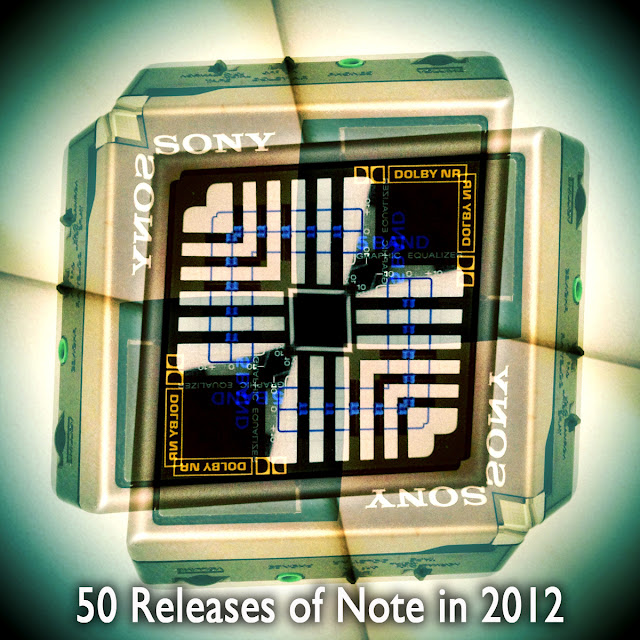 There was a whole heap of great independent music released in 2012 ... and I've highlighted some of the very best so far. The final ten were my firm favourites. They may not be yours but they are mine:

Truly breathtaking ambient electronic music. I have so many memories associated with these releases.

When Bobby picks up his guitar... it's like poetry in motion. Simply sublime.

The soundtrack to a weekend away with Olly ... this is one heartbreakingly beautiful release  with possibly my favourite album cover of 2012 too.

Another page in a remarkable book ... "Field Recordings" adds to an already exemplary canon of work.

There music is wonderfully vibrant and even better in a live setting ... their's was my Gig of 2012. They deserve to 'make it' in the UK Rock Scene. Can't think of anyone more worthy.

It really does not get much better than this ... truly engaging and wildly euphoric ... the post-rock album of 2012!

I am a huge fan of Tom Honey's ambient project 'Good Weather for an Airstrike' and in 2012 he delivered not one ... but three awesome release. Simply breathtaking. These were, in my opinion, the ambient releases of 2012!

Well that's that for 2012 ... it has been a great year for music and I am glad to have been able to contribute through listening ... attending gigs ... reviewing ... and participating to the wider scene with my netlabel - weareallghosts - and my podcast - circumambient.

I look forward to 2013. Independent music is alive and well!