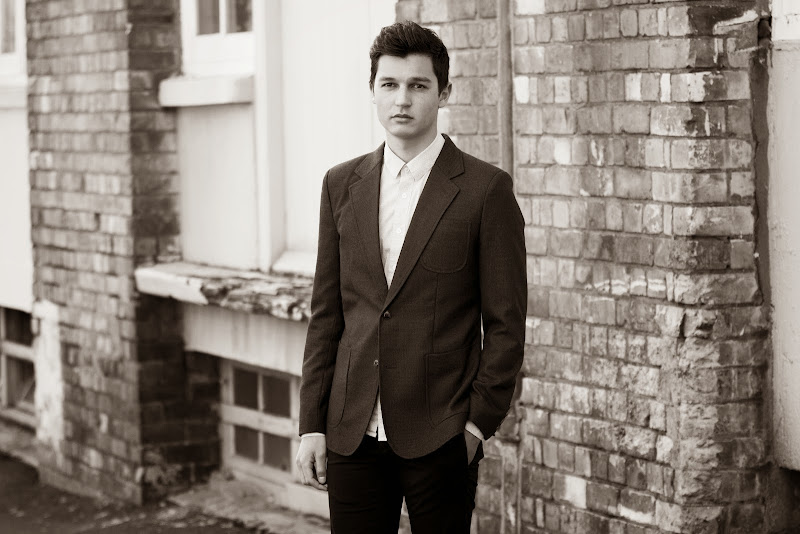 I got to know Levi Patel through a conversation he had with Shannon Penner aka Orbit Over Luna ... I followed the links in Patel's twitter page and checked out his current offering on Bandcamp - "Forms". I was blown away with the neo-classical elegance of what is his first EP. I then saw a connection with the fab A Strangely Isolated Place website - Ryan is truly a tastemaker, putting out Patel's first single on his label.

Anyway, we got talking and I asked Patel to complete my wee blog interview. I am delighted to say he agreed ... this is what he had to say:

1) Who are you and what do you do?
My name is Levi Patel. I'm a 22 year old music composer and student from Auckland, New Zealand. I love to use organic instruments to create ambient/cinematic music with minimal and post-rock influences.


2) What are you working on at the moment?
I've just released my first EP named Forms and I'm working with John Beltran at Dado Records to promote that at the moment.

Something else that I'm very excited about is a collaboration between Stray Theories and myself. It's in the early stages so I won't reveal too much but I love his style and cannot wait to see where this goes.

After finishing the recording of Forms I wanted to try something new and have been writing a short series of minimal piano and string pieces. I have challenged myself to reduce the music only to its essential elements and not rely on layering as I normally would.


3) Who inspires you?
- Name an artist who has inspired you.
I'm inspired by many artists but the following two musicians (I couldn't pick one) have had a particularly strong influence on my music.

The first is Rhian Sheehan. His album Standing in Silence was the perfect introduction to the genre, after one listen I knew that this was the style of music I wanted to pursue. He continues to create stunning music and to help me with advice when I need it.

The second is Alex Somers. I discovered him, as many people do, through Jónsi and their ambient album Riceboy Sleeps. Everything he touches turns to magic.

- Name place that has inspired you.
There's a small town North of Auckland named Matakana where I spend some time. The particular place is on top of a hill, surrounded by native bush, and looks out over the ocean beyond the East coast. It's the perfect isolated place to write, and where I am writing from as we speak actually.

- Name some "thing" that has inspired you.
One idea that I often find myself considering is the fact that "good" music is subjective. Each person has their own preferences that are influenced by all kinds of things. That idea frees me to follow my instincts rather than aiming for a particular, well established "good" sound. Then I just hope that others share my preferences and will appreciate it too. It turns out that my preferences are fairly standard and I haven't created anything too outrageous, but I still find the idea and the potential it offers to be inspiring.


4) What drives you to do what you do?
(Brace yourself for clichés...) There are countless reasons why I enjoy creating music but the thing that truly drives me is the satisfaction I get when I fully express some feeling that I have, something I only can achieve with music, and when I translate an idea that exists in my head into real sound.


5) What values do you wish your creativity to express?
I guess the main value would be honesty. I want to express myself fully and not sacrifice integrity, I think that's an important element of any quality music. There's no particular message I try to communicate with my music, I just try to make something honest and beautiful that people can enjoy.


6) What role does community play in what you do?
There isn't much of a scene where I live but right from the beginning I have been part of a wonderful community online. Of course I have friends at home who I couldn't do it without (Suren Unka - to plug a good friend of mine) but online it all began with Ryan at A Strangely Isolated Place releasing my first track and introducing me to other musicians in his network. Since then I've met many amazing people who have been invaluable during the creative process and particularly when it comes to sharing my music. It goes beyond music too, I have been in contact with all kinds of creatives including filmmakers and writers. It creates opportunities that I just wouldn't have on my own and I hope that I can pay it all back in kind once I'm more well established.


7) What is next for what you do?
I found out yesterday that I will be doing some work with two American filmmakers who are living and shooting in Seoul! It's one of my favourite places in the world and their work is always inspiring, I'm looking forward to doing that in a couple of weeks.

Later this year I want to create a proper studio in Matakana, the inspiring place I mentioned earlier. Last time I recorded in my present location I had to open my wardrobe and move my clothes aside so the cellist had enough space to bow - bedroom studios are great but they have their (sometimes awkward) downsides.

In the meantime I will be promoting Forms, working on a few collaborations, and eventually will be taking one step at a time down the long road to completing a full length album!

Thanks Levi ... completely agree re Rhian Sheehan and Alex Somers! I look forward to hearing more from you, especially your collaboration with Stray Theories ... seriously, I cannot wait for that!

Have a wee listen to "Forms" below ... and, if you can, please buy a copy and support Patel in his endeavours: