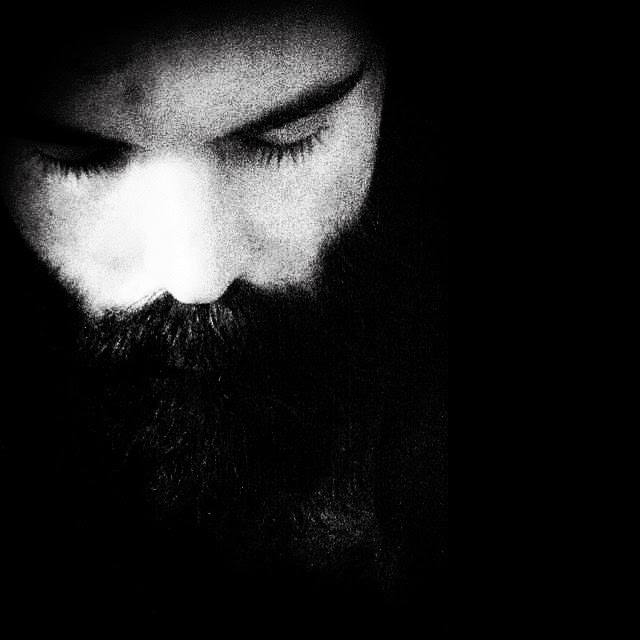 Facebook's "Other Messages" folder has a lot to answer for. Michel de Jong, the man behind Arafúra and member of IZAH, made contact a while ago and I missed it.

I only found out about this folder last night ... and when I did, I had a number of people to contact and apologise to ... including de Jong. We got talking ... I told him how much I enjoyed his EP "Humores I - IV" ... and asked him if he'd consider answering a few questions. This is what he had to say:

1) Who are you and what do you do?
I'm Michel de Jong, conceptual creater and owner of the organic ambient project called Arafúra. I'm also part of a sludge/post-metal sextet called IZAH, wherein I play guitar, keys and software programming. Audio engineering and sound design are part of my freelance jobs and besides music, which is a huge part of my life, I'm also a social worker.


2) What are you working on at the moment?
Currently I'm working on the Arafúra debut full length, which is a pretty grand endeavour. I'm also setting up plans for getting Arafúra ready to be a live experience.

- Name some "thing" that has inspired you.
The feeling of loss and tied to that; hope. Bliss in sadness.


4) What drives you to do what you do?
An urge to create, in all honesty. It's a primal force that I can't seem to shake. Music, for me, is one of the most rudimentary forms of art when it comes to the tying into of emotions. Moving people is an extremely humble experience, something which I'm extremely grateful for every time I hear someone wholeheartedly embracing what I create.


5) What values do you wish your creativity to express?
Accepting the cyclicality of life. Birth and death are the most unmovable forces of life and I think Arafúra reflects this cyclicality while feeling that all hope isn't necessarily lost, quite the opposite, actually. It's makes the journey all the more meaningful due to its inevitable end and I feel that feeling is conveyed quite strongly.


6) What role does community play in what you do?
A huge role. I keep close contact with people that operate in the ambient community and I feel we're a pretty tight group that keeps in contact as much as we can. It opens possibilities regarding helping each other out. For example, I mastered Orbit Over Luna's latest release - "Transit" - and Shannon Penner, in return, has done a few visual things for Arafúra. I also keep close contact with the Tasselmyer brothers of The Sound of Rescue / HOTEL NEON and talk on a semi-regular basis with Bob Guido to see how we're coming along with our work and our lives. I've also collaborated with Rhian Sheehan and was featured on his latest release - "Stories From Elsewhere".


7) What is next for what you do?
Finishing the Arafúra full length is definitely high priority, next to that bringing Arafúra to the live stage is something that's an important part of the future journey of Arafúra as well. Besides all that, I try to keep an experimental workflow to see if I can surprise my listeners, but mostly; surprise myself.

I have imbedded "Humores I - IV" to let you hear why I really, really like it as a piece of music.

Posted by weareallghosts at 9:05 pm