The music of 'Hope & Social... like finding a working Leica in a charityshop 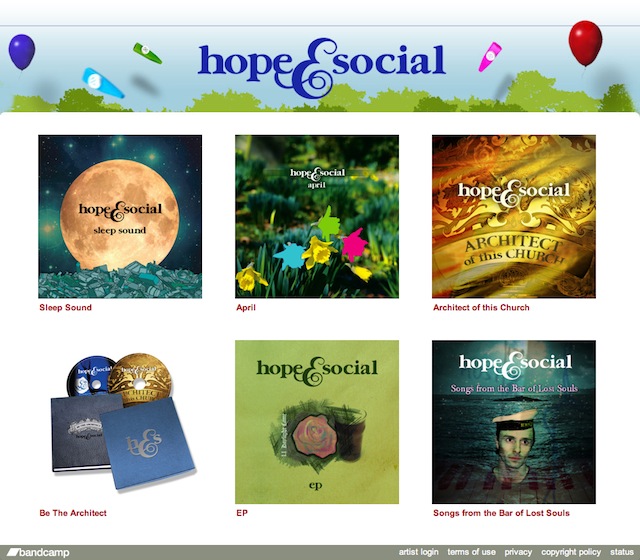 Yesterday... in a moment of inspired serendipity... I discovered the music of Hope and Social and the only words I can use to express this 'find' is to compare it to finding a working Leica camera in a charityshop... something very special indeed.

I find both their music and their approach to their music very refreshing... and very 'now'. I've downloaded two of their albums - 'april' and 'sleep sound' - from bandcamp and intend to buy the CDs on payday (or maybe get someone to get them for my birthday???) 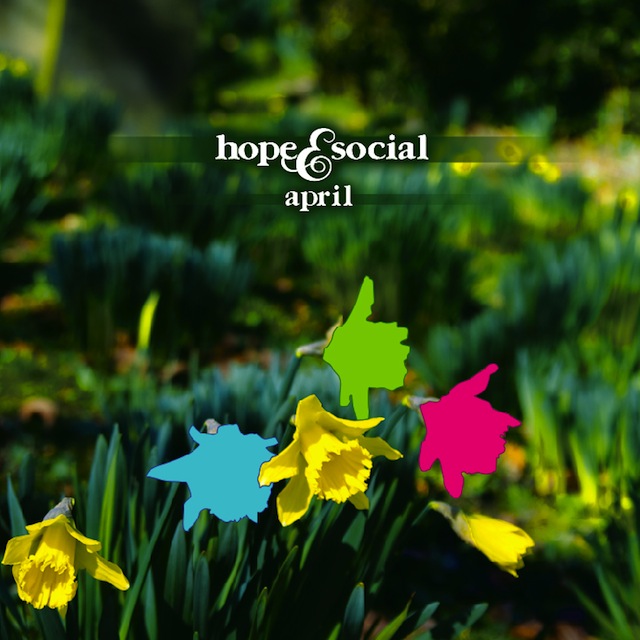 april is a wonderfully upbeat collection of folk-infused rock songs... with varied and imaginative instrumentation that reminds me at times of The Beatles and Arcade Fire... and similarly inspired vocals that remind me at times of Elbow and Scott Walker... although don't hold me to that, they sound uniquely them... especially the Scott Walker reference because I have no idea where that came from but yet it seems apt.

Take, for example, 'caught in the wake' which has an anthemic of-the-people-for-the-people sound which builds in intensity until you can not help but dance around the room like a total nutjob in child-like abandon... or the rocky wall-of-sound vibe of 'James' which is just so wonderfully emotive.

This is music that reminds me that I am alive. I would thoroughly recommend it. (have a wee listen below) 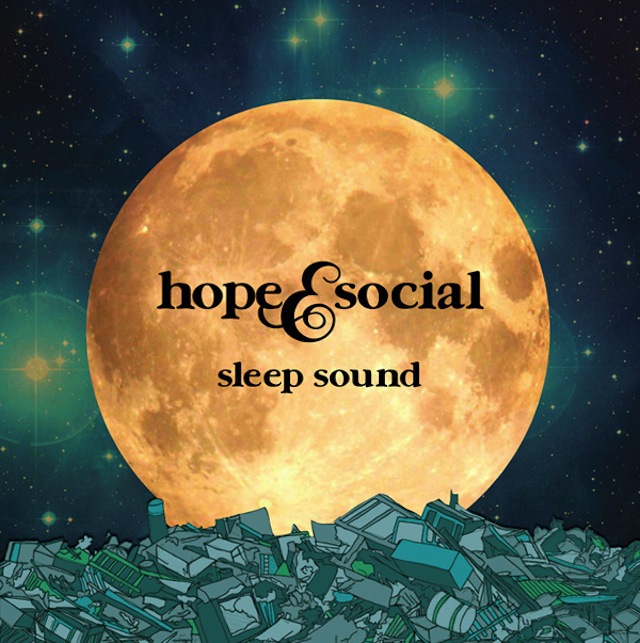 I would also recommend sleep sound... for similar reasons. 'Sleep sound' builds upon their folk-infused rock sound and takes it further. There is a sense of purpose to this album... a ferocity of sound that is truly welcome... but with a degree of subtlety... like the drumbreak in 'them rolling boys' or the deliciously melancholic guitar solo in 'cotton wool'.

Their wall-of-sound is just so inspiring... I can see myself singing along to these songs in the not-so-distant future. They are sing-a-long good! (have a wee listen below)

I love music to surprise me almost as much as I want it to comfort me. The music of Hope and Social does both... it excites me with its newness and yet embraces me like an old friend.

Watch these videos below to see what I mean... the first one is a 'behind the scenes' video for the band's 'come dine with us' event during which the track 'eurospin' (from 'April') was recorded. The second video focuses on the recording of 'eurospin'. I have to say... I would have loved to have been in the crypt that evening.

Please check out the music of Hope and Social and support truly awesome independent music.

oh and the type geek in me loves the ampersand in their logo!!!

Posted by weareallghosts at 2:25 pm