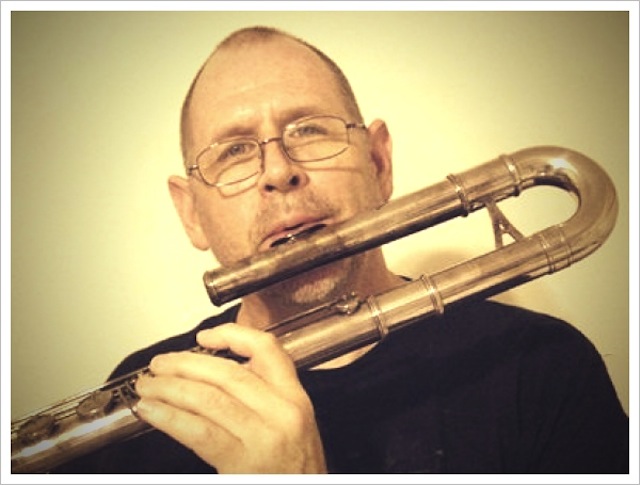 Yesterday I posted a link to my review of "Worlds, Afterworlds" by Zero Ohms from the Relaxed Machinery netlabel. In a word, I thought it was excellent.

I caught up with Richard Roberts aka Zero Ohms over on the ning site Relaxed Machinery run (http://relaxedmachinery.ning.com)... we connected and I asked him if he wouldn't mind responding to my wee interview. I was delighted when he did... here's what he had to say:

1) Who are you and what do you do?
Zero Ohms aka Richard Roberts, I play a lot of flutes and other wind instruments, including wind-controlled synthesizers, and I record them into beatless ambient music ranging from the ethereal to the occasionally experimental.


2) What are you working on at the moment?
At this moment I am taking several weeks off from recording, after doing the three albums last year. The first of them, “Worlds, Afterworlds” by Zero Ohms is out now on Relaxed Machinery. And then I have just completed my third collaboration with Craig Padilla, called “When the Earth Is Far Away”, and it’s tentatively slated for release this fall on Lotuspike. The third is another solo album called the Process of Being which I am re-working and should be finished with in the next few weeks.


- Name an artist who has inspired you.
There are so many who’ve opened my ears, so to speak! But to choose only one, I’d say flautist Paul Horn. I heard his “Inside the Great Pyramid” album in ’86. The sound of his solo flute in that space was so pure, so beautiful! And I thought, “I could do that!” So I went out and bought a DAT recorder and mic, and set about recording in anyplace that sounded interesting. I also began playing out live solo, with four flutes, a good reverb unit and tiny PA system, playing more or less like Horn had played on that album, and selling cassettes of my recordings, too.


- Name place that has inspired you.
Mount Mitchell, North Carolina. It’s the highest point in the USA east of the Mississippi River. The views are spectacular, the place smells like Christmas trees, and the sweet silence up there is so profound, it’s a deafening roar! It really recharges my batteries. In that silence, I can hear melodies and chords pouring through so easily at times, that have been the beginnings of many pieces.


- Name some "thing" that has inspired you.
Again, so many things have given me inspiration, the space program, stargazing through my telescope, red-tailed hawks soaring, but to narrow it down to one single thing, it’d have to be the bass flute (see picture above). I was aware of the bass flute for years, it was a staple of 60s television soundtracks, Ray Thomas of the Moody Blues used it extensively on their studio albums (but never live, to my knowledge); I even heard Johnny Almond play one when the Jon Mark-Johnny Almond band played in Memphis in the 70s. But the first time I played a bass flute – wow! The feeling was astounding, overwhelming, and as I played, I tried to pin down the feeling, to name it, asking myself what does this feel like? The one word that returned by was of answer floored me: ‘home’. This felt like home. Which is a little odd, as I never felt home associated with a geographical coordinate, like most folks do with a home town or a particular house, and so forth. My home is in a sound.


4) What drives you to do what you do?
That still, small voice within. A hope that things can be better. A belief that what I do can make a positive contribution toward that betterment.


5) What values do you wish your creativity to express?
To slow the vibes down a bit, to facilitate a sense of timelessness in the listener, discovering themselves being more than they perceive, by creating other worlds with sound and inviting the listener along to explore those worlds.


6) What role does community play in what you do?
Well, without community, everything I do would be the sound of a tree falling in the forest. Community provides feedback, a sounding board, a reflection. It allows me to perceive ‘me.’ And in so doing, provides the community with a reflection of itself as well.


7) What is next for what you do?
To begin again. More field recordings, more studio work. More worlds to create and explore.

Thanks Richard! I particularly love your answer to the sixth question... "community allows me to perceive 'me'" (if I can paraphrase slightly).

Please check out "Worlds, Afterworlds" by Zero Ohms... and do your bit to support truly independent music.

Tx
Posted by weareallghosts at 8:28 am