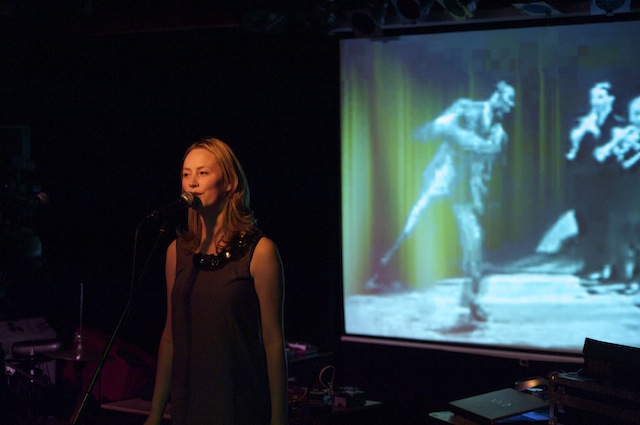 Plum is the codename of fellow Scot... Shona Maguire... who is an awesome independent musician and producer whose music is particularly special. We've been friends of twitter for a good wee while and got talking last week about Gotye of all people. It was at this point that I realised I didn't know enough about her music... so I dug in.

I featured the video for the first song from her upcoming album and had a good listen to her 2009 album - "Different Skin" - which was released on the brilliant independent label Benbecula Records (its fantastic and on the "must buy" list (I listened to it on Spotify)).

Shona was fantastic... agreeing immediately to participate in my wee blog interview... and sending me her new album to review. Whilst I haven't had a chance to listen to The Seed yet... I thought it apt to sharing her interview.

1) Who are you and what do you do?
I’m Shona Maguire, a songwriter and producer and I make music under the name Plum. I also like to hula hoop.


2) What are you working on at the moment?
Every spare second is taken up planning the release of my new album The Seed. There are some lovely things planned to go with it. I managed to get seed paper printed with my logo, and they’ll be sent out with the first 500 CDs. They can be planted and will grow into wild flowers.


- Name an artist who has inspired you.
Fever Ray

- Name place that has inspired you.
I wrote the album in a cottage in the Scottish Borders, near Ancrum on Chesters Estate. That place inspired me www.chestersestate.com

- Name some "thing" that has inspired you.
The film inception


4) What drives you to do what you do?
Passion…pain…emotions…understanding certain things.


5) What values do you wish your creativity to express?
Honesty, detail, depth, thoughtfulness, hope


6) What role does community play in what you do?
A huge role! The album was funded by fans – using Sponsume. They pledged to pay for different packages (which I’m busy packaging up right now) including a mixture of CDs, t-shirts, music boxes, tickets to the launch party, lyrics written on stones, instruments, etc. And because we reached the total, they will get their packages soon. It was great to be able to have the support of fans before the album was even complete. I am involved in a great wee community garden in Gorebridge too.


7) What is next for what you do?
Hopefully people will share the music with eachother. At the moment, we’ve just finished the music video for The Seed. That’s out as a single on 29th Feb, so hopefully it will get some radio play. After that, hoping to make another music video. I’d love to find a way of being able to spend more of my time being creative.

Thank you Shona! I am really looking forward to listening to The Seed.

Posted by weareallghosts at 8:24 pm