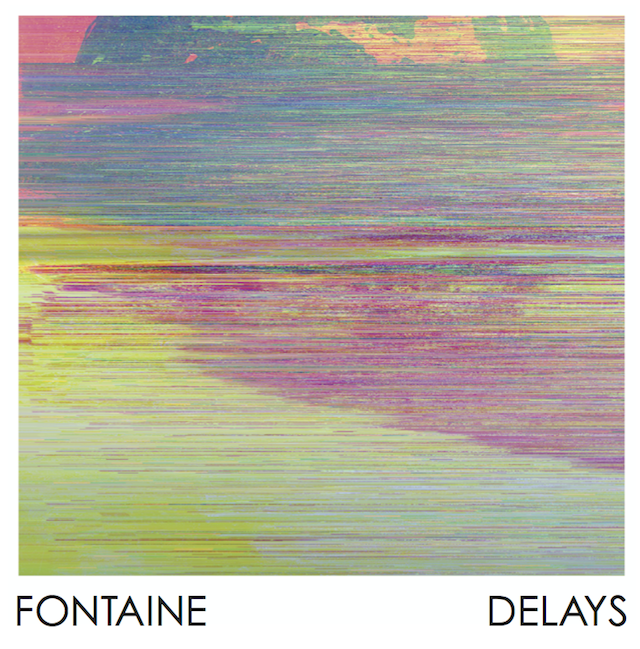 One of my favourite micro-labels at the moment is Twice Removed Records from Australia. I have featured their music on here before but feel it appropriate to mention a number of their recent releases ... because these releases have grabbed my attention and really kept it tight. Over the next wee while I’ll feature these releases on here.

The five original tracks are utterly delightful ... the kind of languid electronic ambience that I adore.

The opener and title track - “Delays” - is a pleasure. It envelopes the listener like a warm embrace from someone very familiar ... there are no sudden surprises or twists making the track a very engaging experience, especially when the percussive elements become apparent.

The second track - “Faded” - drifts in and out of my conscious, it's ebb and flow lulling me into another place ... a space for dreams. Whereas the third track - “Brothers” - brings an intensity and an element of white noise into the equation ... whilst retaining the overall sense of languidity.

“Shearwater” - the fourth track - retains the coherent sense of the album whilst bringing more melody to the fore ... the synths on this track are so delicious ... the track takes its own time and builds as it wants. I like that ... albeit it does leave me wanting more. It is a track that almost begs to be remixed ... with a dub-techno beat taking the track into a new direction.

The fifth track - “Atomised” - retains the ebb and flow of earlier tracks but has an almost soundtrack appeal to it. The synths that present the melody in an almost melancholic manner are really catchy, in their own way ... grabbing the attention of the listener and really shaping their experience. This track reminded me of Angelo Badalamenti’s soundtrack to Twin Peaks ... although I'm not entirely sure why. This track is the most atmospheric of the 5 and a real stand out for me.

First up, we have Begalfuel’s Risky Chicken remix of "Atomised". This track has grown on me. I would find the repetitive polyrhythms unquestionably objectionable if it weren’t for the synth drones that underpin these beats ... these drones are wonderful and really rescue the track for me ... keeping me interested and engaged ... which I am grateful for because around the 3mins 30 mark the beats change and become really, really head-noddingly, Aphex-Twin inspired deranged ... and, at this point, I am smiling like a loon ... my patience rewarded with something truly beautiful. Well done Bengalfuel.

Next up we have Ben Moon’s remix #4 of “Atomised” ... a remix that really builds upon the original and compliments the material in a respectful manner ... extending it out and accentuating the strong elements like the swirling synths and melancholic air. The melody is presented in a distorted, almost ethereal manner which I really enjoy. What’s more ... the introduction of a subtle delayed beat around the 4mins mark really adds to the atmosphere ... bringing something new to the table. I loved this mix and hope to feature this track on my next CircumAmbient set.

The Sun Remix of “Shearwater” really emphasises the droning ebb and flow of the track ... it is an all-encompassing delight ... one that envelopes the listener whilst presenting a new melody that effectively utilises delays to build momentum and hook the listener in.

The penultimate track on this release is the L_Coma remix “Brothers”. It is another delightful remix... one that takes the languid nature of the original and somehow adds a more ominous atmosphere to it ... bringing repetitive glitches and a heavier ebb and flow to play. Not that this is a bad thing ... far from it. It takes the track in a new and worthwhile direction. One that I heartily welcome.

Lastly, we have the very glitchy ’he can jog’ remix of “Delays”. A remix that has broken the original down by an apparent musical form of functional decomposition and rebuilt it from the constituent parts. It makes for an interesting listen ... one that I initially found objectionable but I warmed to, like Bengalfuel’s earlier mix. The remix is interesting ... one where the sounds presented skitter in the listener’s conscious like heavy raindrops hitting a tin roof ... before forming a drone in the last minute or so of the track.

All in ... this is a first class release and is highly recommended for folks with a predisposition towards the more experimental edges of electronic music. Have a listen below ... and if it floats your boat, go out and buy ... and, in doing so, support truly independent music.

Posted by weareallghosts at 11:39 pm